Andreco’s installation on biodiversity, the environment and censorship opens “Illegal Hawthorn”. The installation was created for the Santarcangelo dei Teatri festival 2015 and will remain in Piazza Ganganelli in Santarcangelo until July 19th. On July 18th, “L’Erba Cativa (an mor mai)” will be staged collective performance directed by Andreco and the Motus theater company.
Crataegus monogyna, commonly called hawthorn, is a native shrub in Italy of great interest for its environmental value: it is particularly capable of absorbing CO2 and pollutants. For some years this plant has been the object of cautious fear as it is highly sensitive to the bacterium erwinia amylovora, the cause of the infectious disease of the Rosaceae Pomoidee (especially apple and pear trees), called the “fire blast” which manages to kill them in just 72 hours. This factor has led to the ban on the planting of hawthorn and the eradication of the specimens existing in many Italian regions, including Emilia-Romagna. Hawthorn is seen as a dangerous plant for the virus it transmits, a cativa herb, it is said in Romagna, banned by society for above all economic well-being, linked to monoculture agricultural production. Andreco decides to bring the hawthorn, a source of wealth for biodiversity, to Piazza Ganganelli and to make it an object of homage and reflection. The resulting installation is a warning against censorship and is inspired by the meanings of Protection of Diversity, Resistance, Resilience and environmental ethics. The installation is part of the Andreco “Nature As Art” project. “Illegale Biancospino” will remain in Piazza Ganganelli from 10 to 20 July, for the entire duration of the festival.

Thanks to Chiara Mini and Michaela 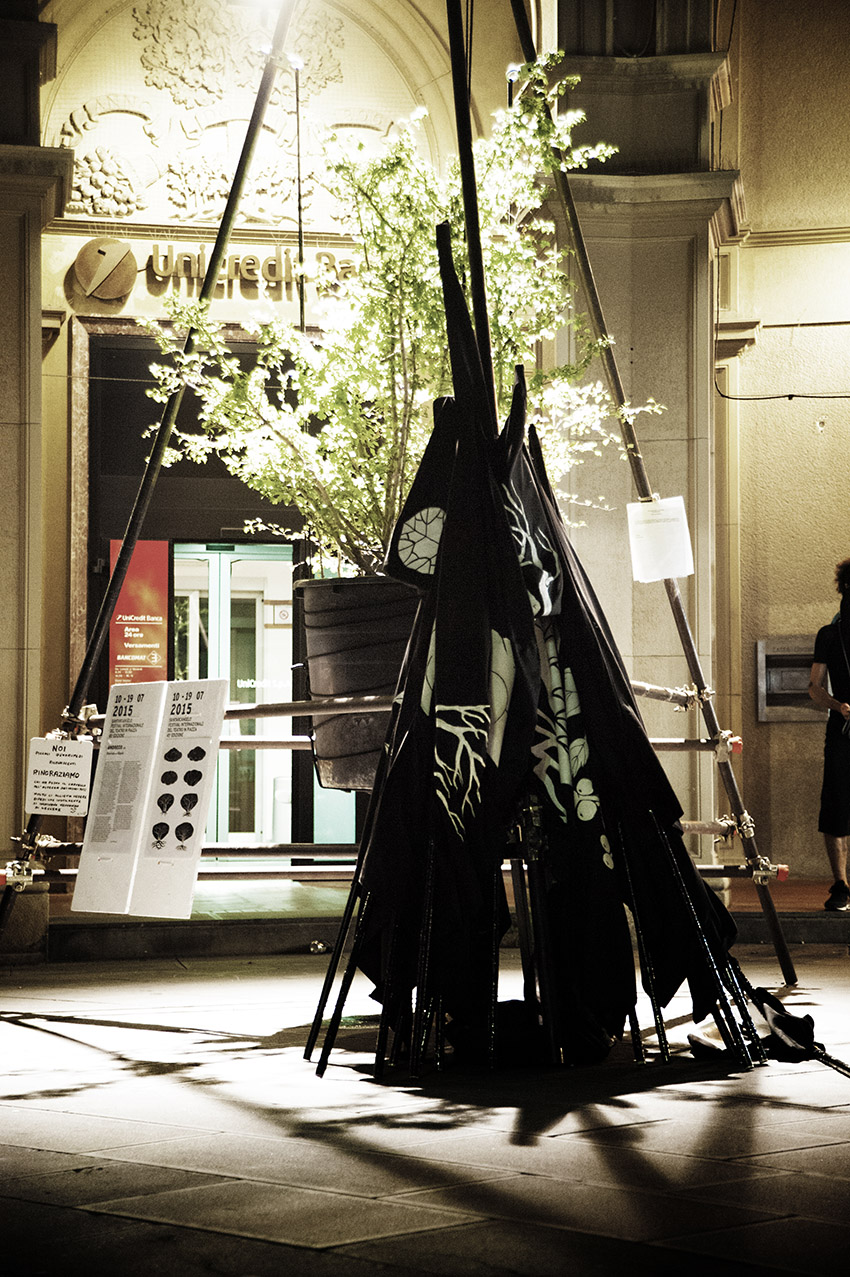