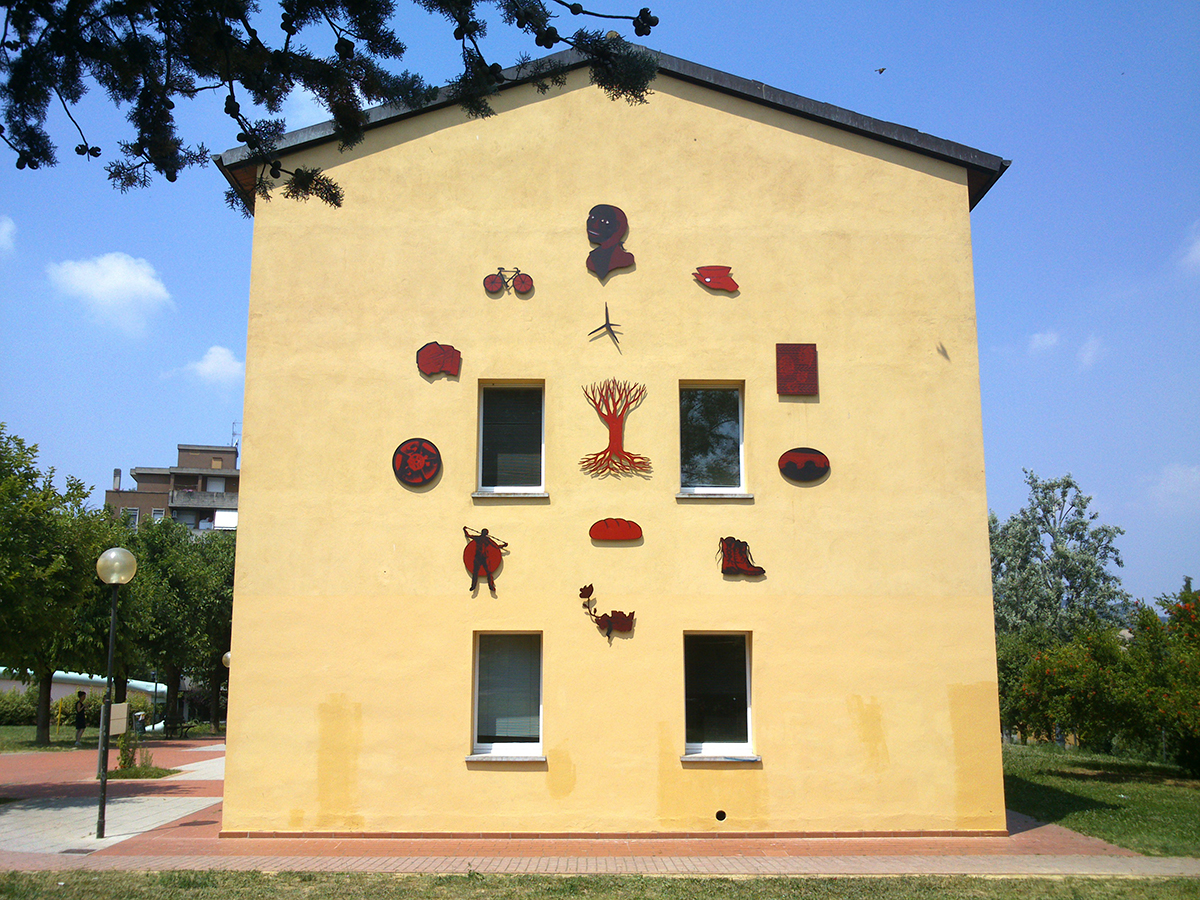 A set of icons that recall the resistance and post-war reconstruction work done in the Pianoro area.

The work was created for “Cuore di pietra 2015”, a project curated by Mili Romano with the support of Industrial Serigraphy Staff.

The work was installed in two areas: on the façade of the municipal library (in the form of a group) and on various companies in the (scattered) industrial area of ​​Pianoro

A hidden ontological resistance.
The work “Icons from Ontological Resistance” that I proposed for Cuore di Pietra 2015 in Pianoro makes use of a participatory path that has involved both some Pianorese citizens who have lived the partisan resistance, worked in Pianoro in those years or who reported testimonies of the war and post-war period, and a group of students who followed my seminar within the workshop “From representation to action – Experiences , methods and practices of artistic design in public space “ held by Mili Romano at the Academy of Fine Arts in Bologna

70 years after the Partisan Resistance that led to the liberation from Nazi-fascism , the research we carried out with the group of students was based on the facts of the resistance and on reconstruction work, economic, physical and moral, of the city of Pianoro which was razed to the ground by bombing for 98% (according to the civil engineering).
In particular, for the realization of the work we drew inspiration both from historical events and from the testimonies of the individual Pianoresi encountered. Among the historical events: The looting of the means of production and the deportations of workers to Germany (1), the political strikes of 1943 to sabotage the war (2) (3), the first partisan actions in the Pianoro area and Pian di Macina (4), the clandestine press, women’s resistance (5), reconstruction actions and the first work activities in the area, starting from those present in the emergency shacks up to the first industrial settlements (6) .

During the workshop I asked the students what the meaning of Resistance and Work was for them, and after a more canonical initial moment, they reported singular and very profound testimonies. I also asked the students to participate concretely in the creation of the work by thinking about an icon and a key phrase that summarizes the concept of resistance and work. From this visual and conceptual synthesis were born the shapes that make up the installation positioned partly on the municipal library and partly in the industrial area of ​​Pianoro. For the material realization of the shapes, we resorted to the collaboration of Francesco Flamini of the Serigraphy Staff who followed the work from the beginning and helped to find a technical solution for its realization. In the library the shapes have been arranged in a circular shape as a single group, while in the industrial area they have been scattered over the various sheds of the companies.

The participatory process implemented has made students and citizens co-authors of the work itself.
I believe that, in this specific case, the work, inspired by such an important and heartfelt theme for the inhabitants, acquires more strength if it is the expression of a community rather than an individual. Only with a community that continues to struggle can historical memory be defended by time and attempts at revisionism.

Resistant Work
The actions of resistance in all forms and the reconstruction work in all areas are the macro-themes from which the work was inspired. Going deeper, what most specifically influenced the work were the feelings that pushed men and women to overcome fear and take action, courage, ideas and the creative tricks devised in situations of extreme danger, the conviction with which the ideas of freedom were pursued and the strength spent to work on the reconstruction of a war-torn territory.

In physics, Work is the transfer of kinetic energy between two systems through the action of a force or a resultant of forces when the object undergoes a displacement and the force has an unrelated component. nothing in the direction of displacement. (7) If the Work in rectilinear motion is defined as the vector product of the force for the displacement. (L = F x s)

Mechanical strength (or breaking stress) is a mechanical property that indicates the maximum stress that a generic material is able to withstand before its breaking occurs.
Electric resistance is a scalar physical quantity that measures the tendency of a body to oppose the passage of an electric current, when subjected to an electric voltage.

What if you imagine something that is the product of the reconstruction work with the actions of resistance? The sabotages against the war in the factories of 43 come to mind, the strikes, the desire to rebuild and restart a future life with other values, the work of demining.
If an imaginative definition could be created, what would be the definition of Resistant Work?
For example:
Resistant Work ≈ Force in Movement over Time

Resistant nature.
Not only the human species has suffered the repercussions of the war but also the animal and plant world. Due to its strategic position on the Via della Futa which connects Florence to Bologna, the Pianoro area was the subject of countless bombings during the war period and still bears its marks today. Although in the post-war period a great demining work was carried out, still today occasionally bombs of the Second World War are found in the ground.
For this reason, I also wanted to symbolically bring back an icon of a tree that resisted the war and continues to grow its branches and roots firmly in the ground.

A different monument, another monument, an Amonumento
(Paying homage to the artist and Anarchitetto, Gordon Matta Clark):
Although I consider it a duty and of fundamental importance to commemorate the Resistance with institutional events, plaques and monuments, this work comes out of the aesthetics and classic commemorative imagery. The work uses materials from the contemporary industry and wants to return a different imaginary, linked as much to the past as to the present. Many before me have tackled the theme of the memorial in an extraordinary way (8) , I always believe it is important that in addition to the canonical commemorations, we continue to experiment with new languages ​​for the representation of these themes with a strong character ontological.

Ontological resistance.
The most effective way to make the feelings of the partisan struggle live over time is to put them into practice in the present.
The feelings that led women and men to react and work against their oppression and for the conquest of freedom exist deep within each of us and we don’t have to wait for a war to realize it.
(Wretched: “I hope there is a war only then you will understand that you could do something”)
Strengthened by what it has been, we look to the future to preserve it from tragic and liberticidal events both for the whole of society and for individuals.
The term ontological resistance refers to a resistance that adapts over time based on historical contingencies and continues to be effective.

Thanks to all those who participated and made possible the realization of this collective work which was installed on the Pianoro Library and on several factories in the industrial area. The installation made up of 13 laminate silhouettes is only the visual product of a larger participatory work made up of relationships and sharing, which we have tried to describe in these lines but which, although integral parts of the work, remain invisible to the naked eye. / p>

Notes:
(1) During the Second World War many young people were deported to Germany to work, some in labor camps and then exterminated, some in the expanding German factories thanks to the benefits brought about by the invasions. Hitler’s Reich had set up a scientific program of looting the means of production, as well as works of art and even the workforce of Italy. (“The raiding of men” The battle of Labor. Giorgio Bocca, History of Partisan Italy page 225.)

(2) At the first light of dawn on March 1st strong explosions damage some tram lines. The gappista Diego Orlandi (Pietro) placed bombs under the exchanges of the “Zucca” and “Littoriale” deposits and under the high voltage pylons present outside the Saffi gate. It is the signal of the start of a strike involving several industries in the city and province. At Calzoni, at Ducati (Bazzano), at Weber, German soldiers and GNR soldiers must intervene to get work back on track. There are arrests and detentions among the members of the factory commissions. Meanwhile the trams stop, several furnaces and the gas company remain inactive. On March 2, the strike of the workers of the Montanari shoe factory takes place in Pontevecchio, mostly women. The procession, in which the presence of partisans is noted, parades along the Via Emilia. Attempts to strike continue in some factories until 8 March. The most prominent agitators and strikers will be forced into hiding to avoid arrest and will join the ranks of the partisan formations. In a meeting with the prefect on March 14, the fascist leaders Franz Pagliani and Pietro Torri propose to repress by force, by firing on the workers, any further attempt to strike in the factories.

(4) Document of the Anpi di Pianoro. “Resistance in the streets of Pianoro” http://memoriadibologna.comune.bologna.it/files/vecchio_ enforcement/seconda-guerra/l/La_resistenza_per_le_vie_di_Pianoro.pdf

Even the libertarian Mario Bordoni among the partisans who fell in battle at Pianoro.

Mario Bordoni nom de guerre Mariano, after Fortunato and Adele Michelini; born on 27/5/1906 in Terni. He emigrated to France, Belgium, Luxembourg due to the fascist persecutions. He was a socialist, after the revolt led by General Franco, he entered Spain in September 1936 and enlisted in the Italian column. He was then in other libertarian formations. [he s’enrolà en the anarchist “Secció Italiana” of the Grup Internacional de la “Columna Ascaso”] he left Spain in February 1939 and was interned in the French concentration camps of Argèles-sur-Mer and Gurs. He enlisted, during the war, in the French labor companies. Taken prisoner by the Germans, he was translated to Italy in 1940. He was sentenced to police confinement which he served on the island of Ustica (PA). He was then interned in Arezzo. Immediately after 9/8/43 he engaged in the liberation struggle. He served in the 62nd brg Garibaldi red shirts, of which he was the commander. He fell in combat in Pianoro on 17/10/1944. Recognized partisan with the rank of captain from 9/9/43 to 17/10/44.

(5) Addis Saba M., Partisans. All the women of the Resistance, Mursia, Milan 1998. AA.VV., The Resistance of women, In Dialogue, 2010. AA.VV., Women in the Resistance. An ongoing research, In “Contemporary Italy”, n. 200, pp. 477-492, 1995. History of women in the Italian Resistance, Wikipedia http://it.wikipedia.org/wiki/Storia_delle_donne_nella_Resistenza_italiana

(6) Documents present at the exhibition: “Fascism, War and Liberation”. Newspapers, photos and documents of the time tell 70 years of history of Italy and the new town of Pianoro. Curated by Roberto Vitali.

(7) Taken from the definition of work in mechanical physics. http://it.wikipedia.org/wiki/Lavoro_%28fisica%29 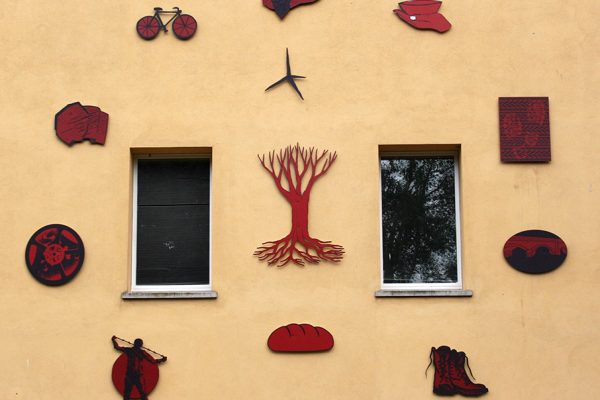 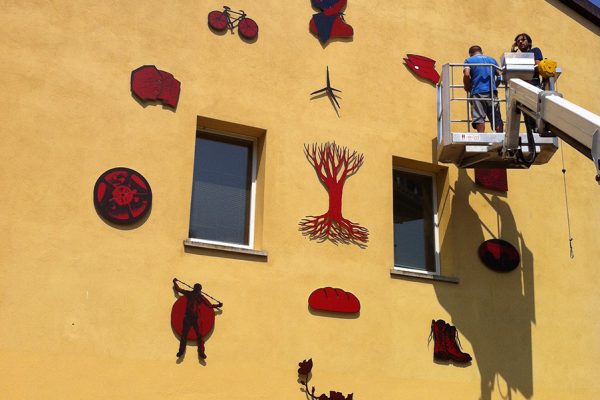 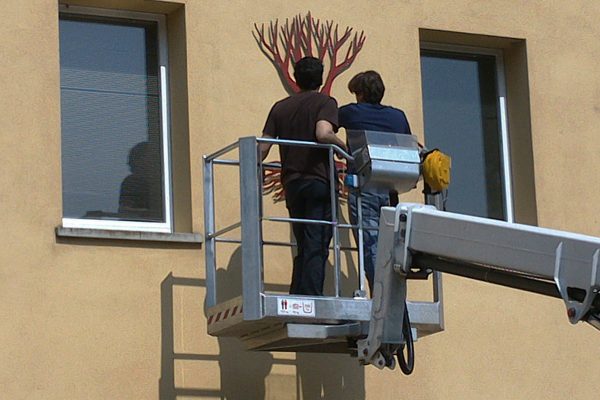 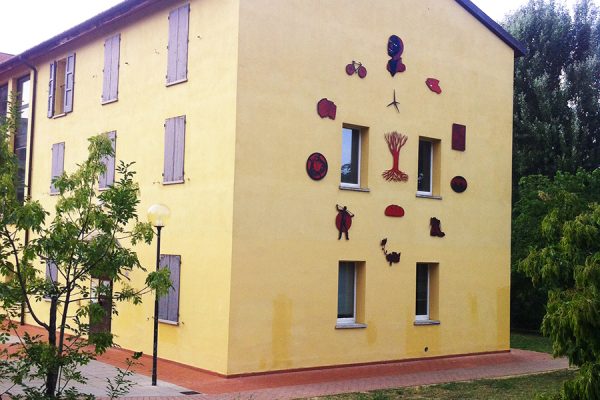 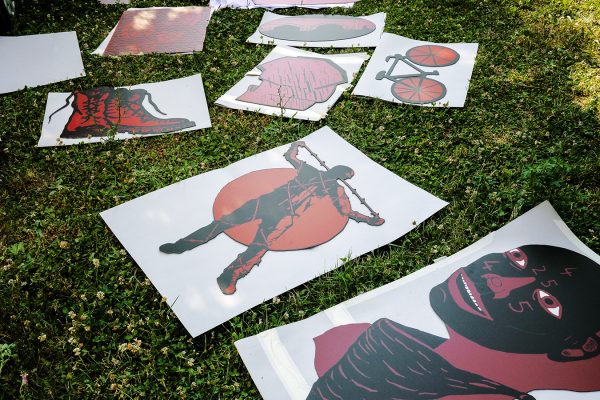 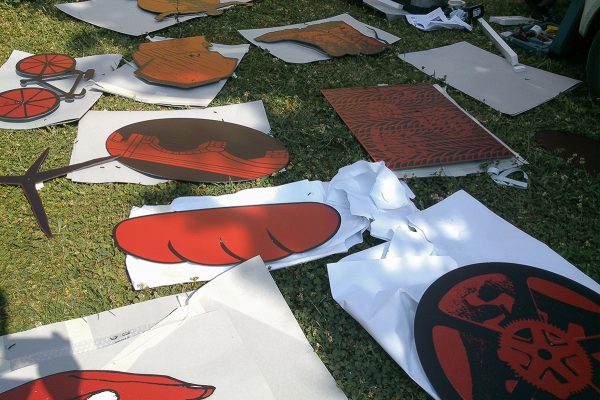 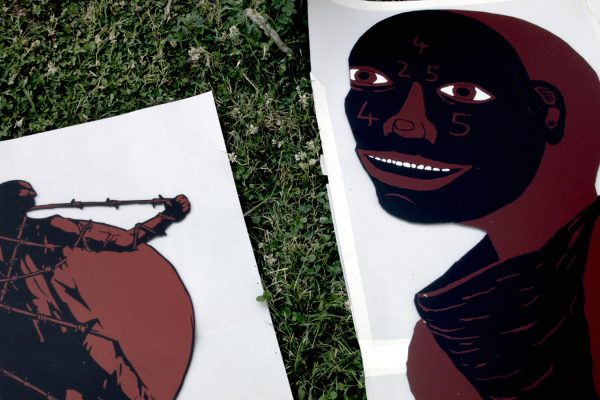 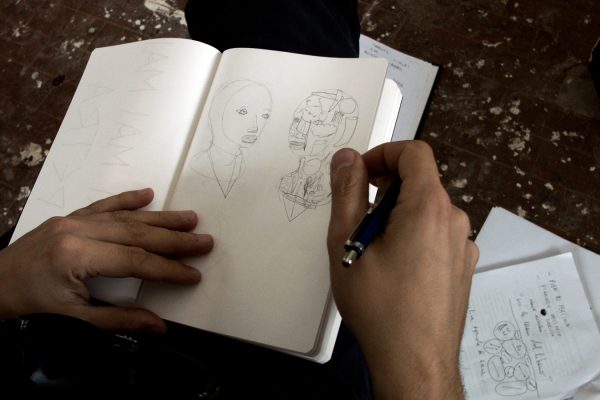 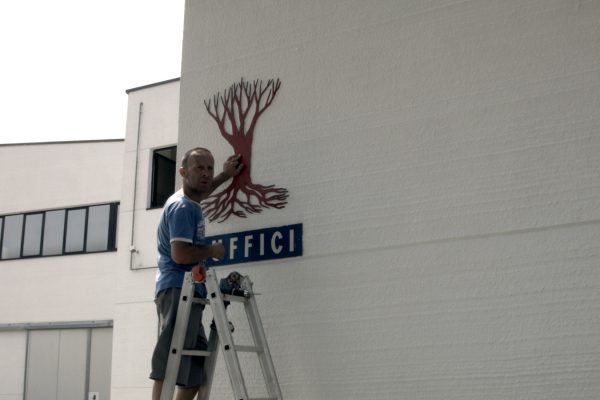 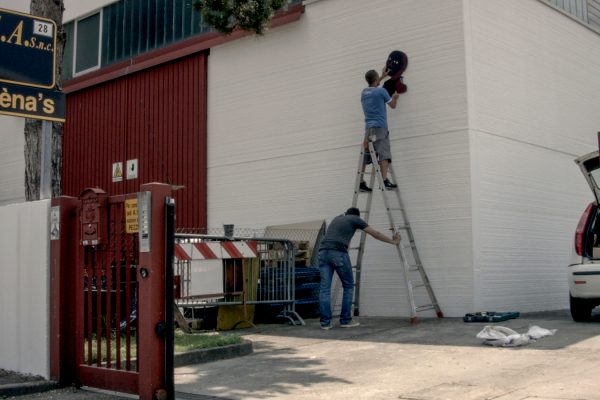 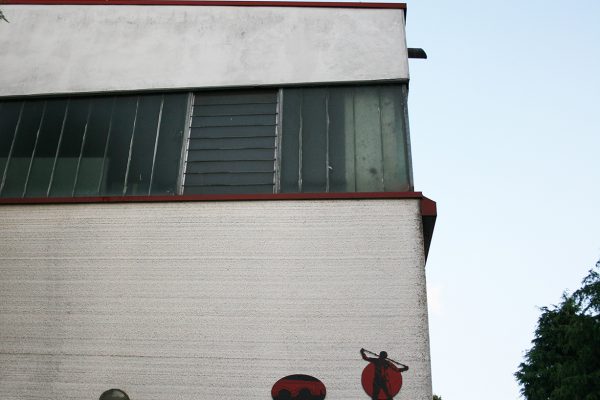 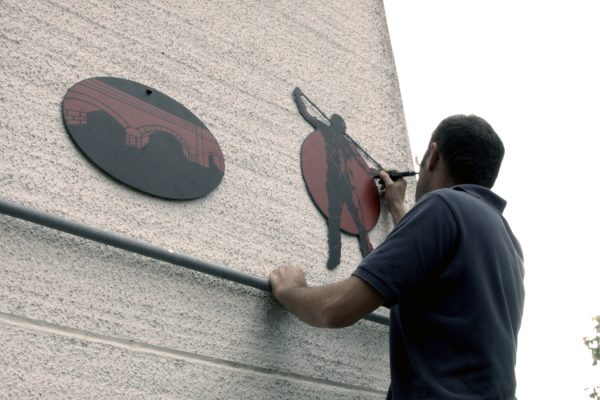 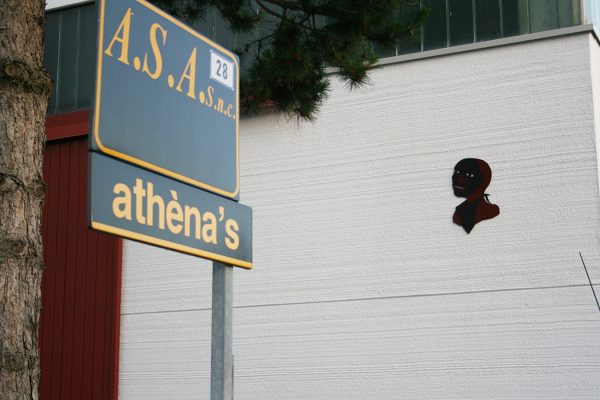 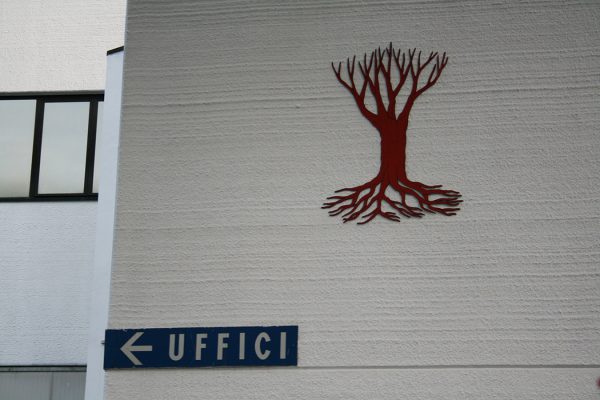 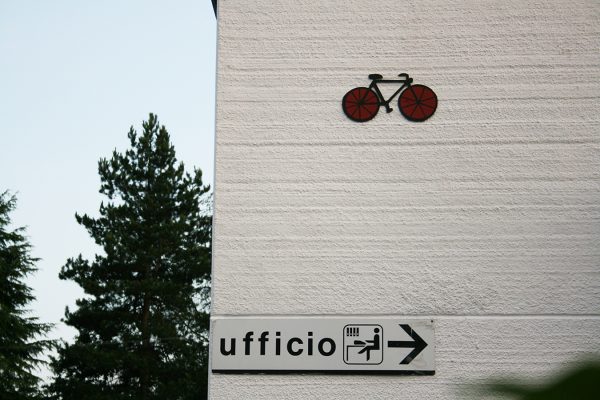