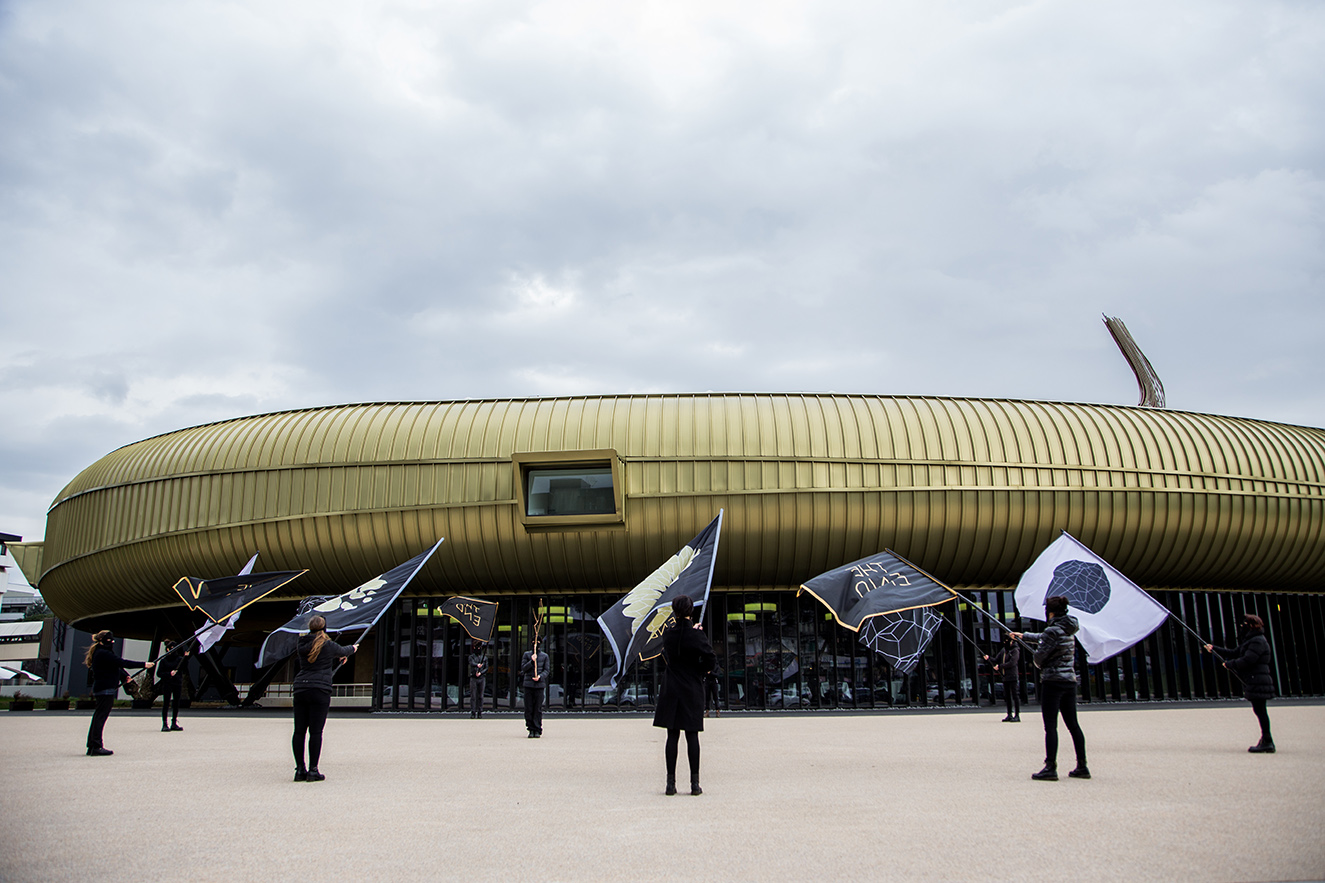 “Parade of the end, refers to the” Anthropocene Era “also called Capitalocene, the geological era in which we live. A period in which man, driven by a capitalist system, pollutes and compromises the ecosystem, to the point of his own self-destruction. The Parade of the End outlines a possible end of the world scenario. Citizens join in parade moved by the awareness of the end and by an ecological feeling. The group of kindreds raise flags depicting large boulders and the geology of the earth’s crust, which has been indelibly marked and exploited. They decide to bring the symbols of wounded geology into the museum and to the rhythm of austere drums, pay homage to nature, perform a ritual in which they try to heal a relationship that is now in crisis. “

with the support of:
Pecci Center, Traffic Grallery, Study the City 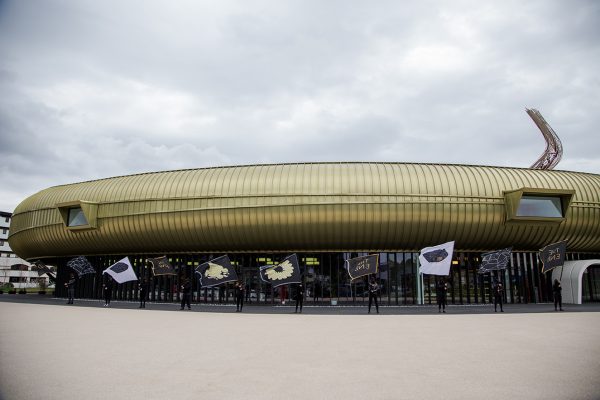 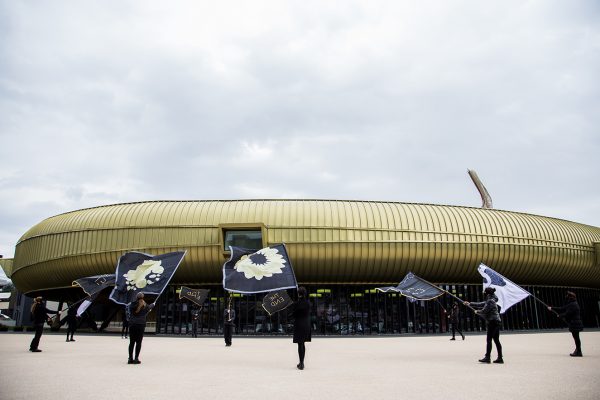 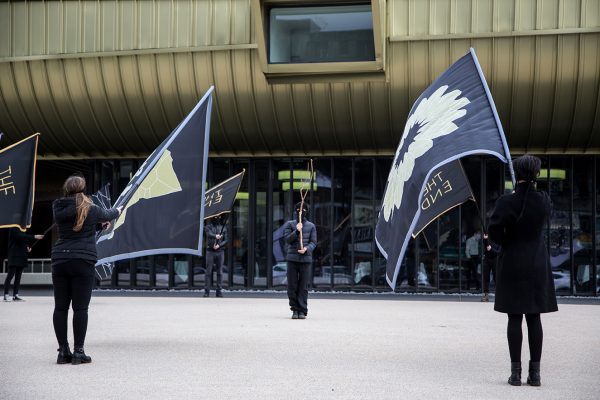 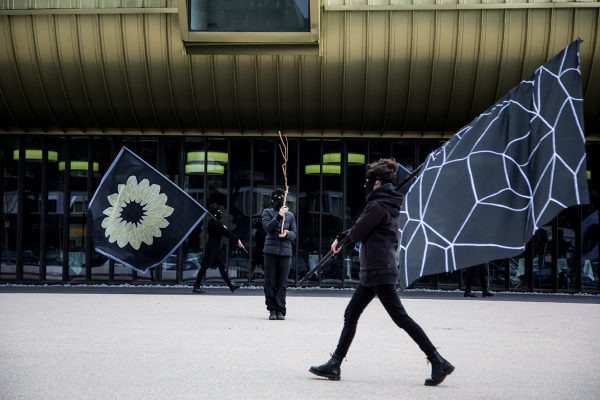 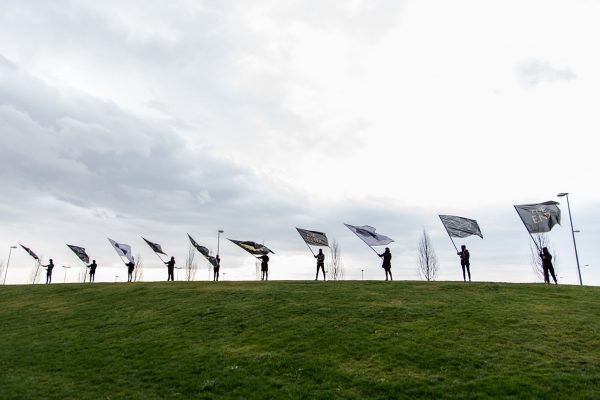 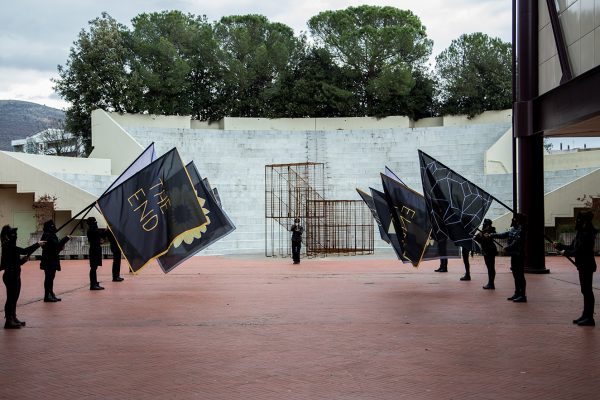 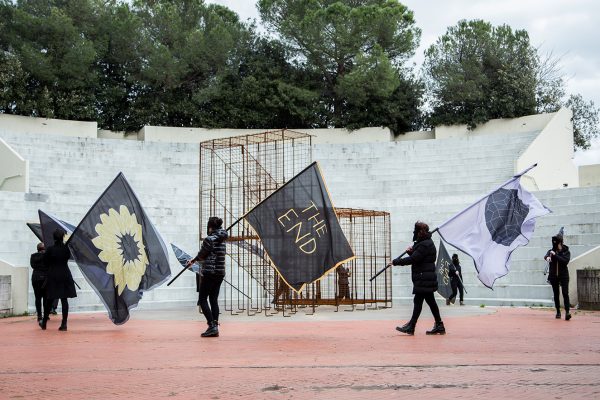 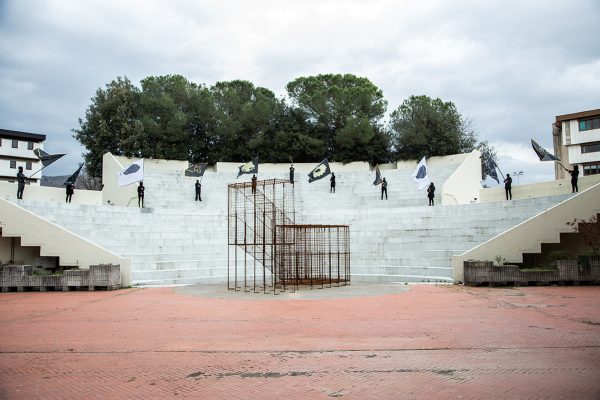 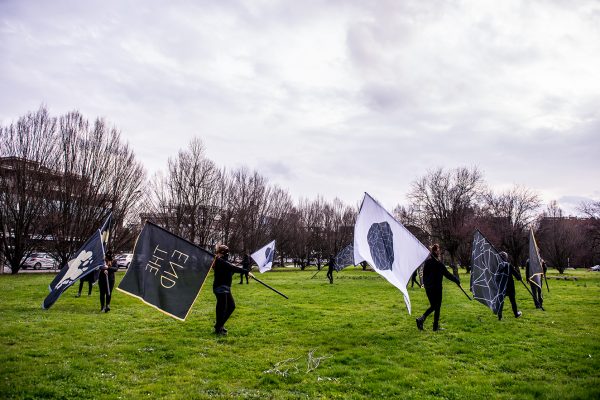 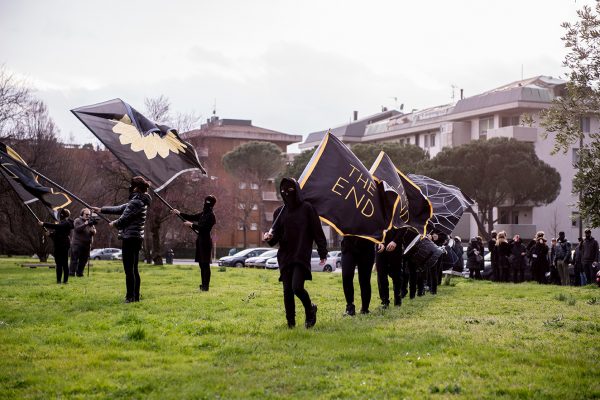 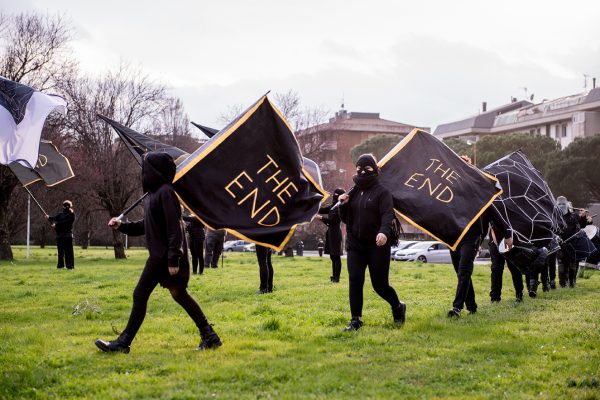 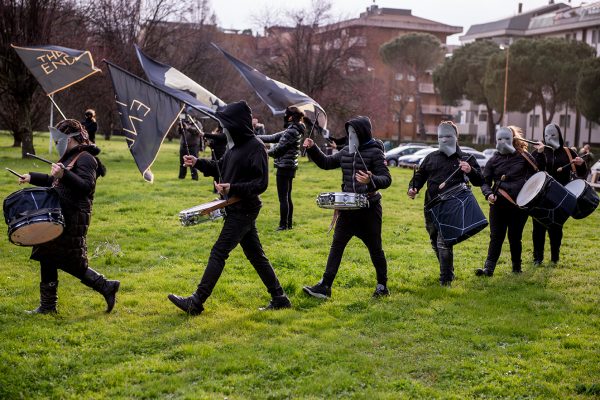 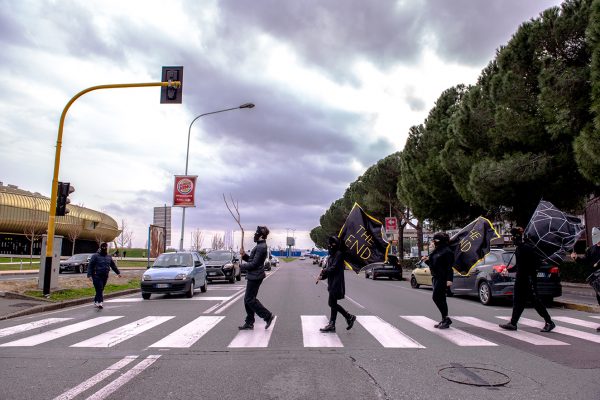 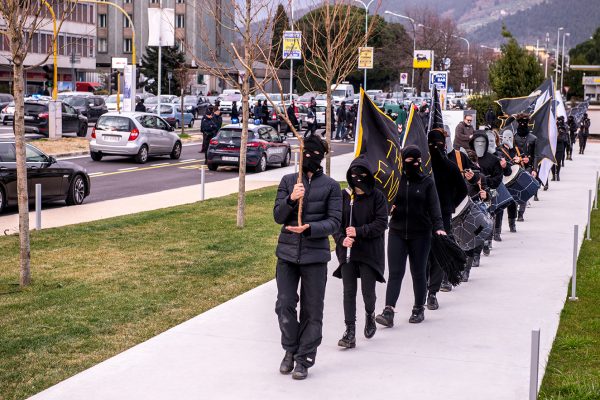 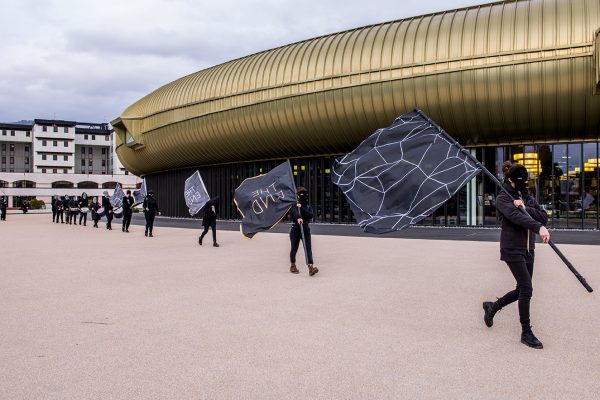 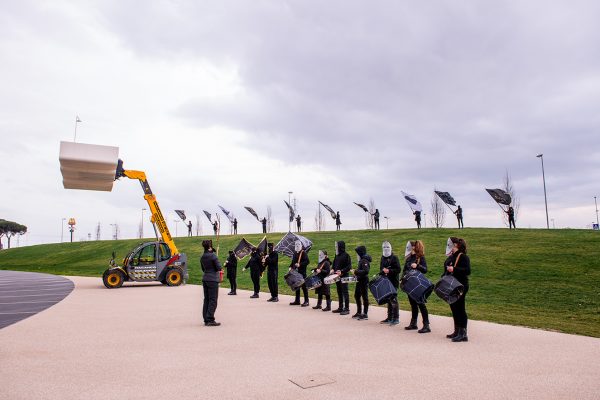 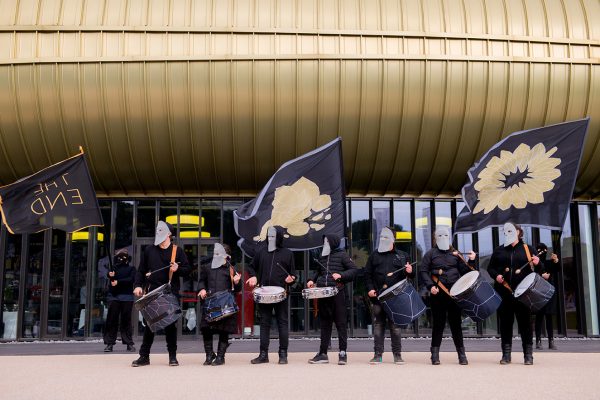 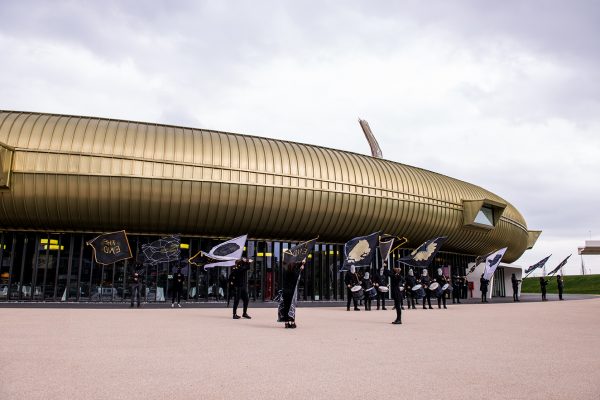 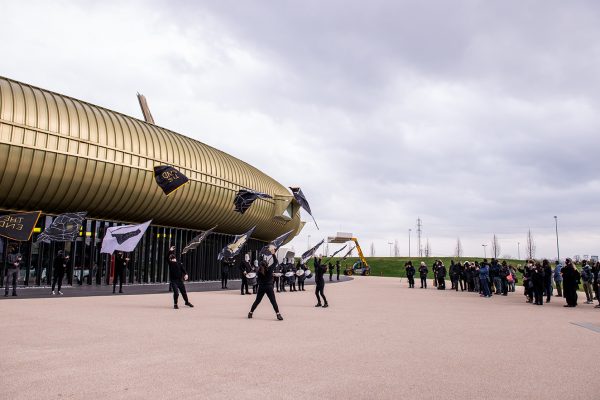 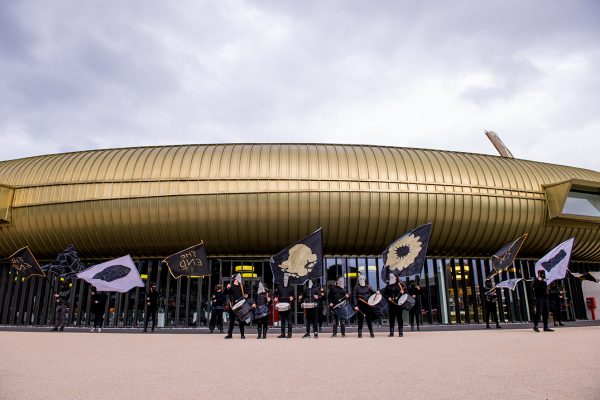 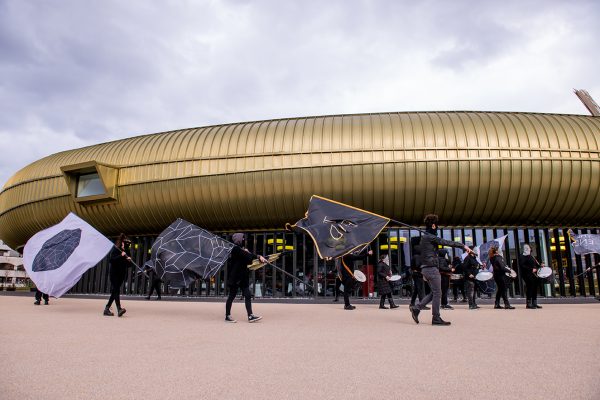 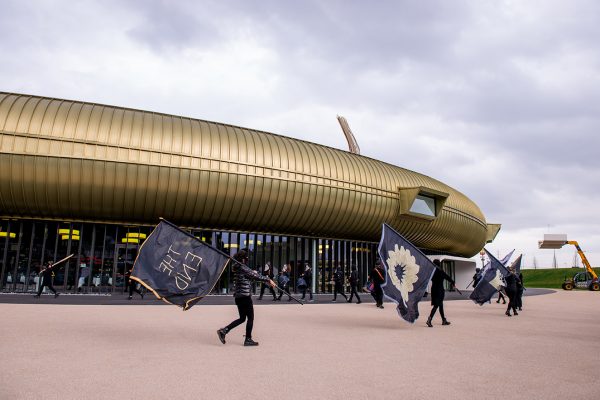 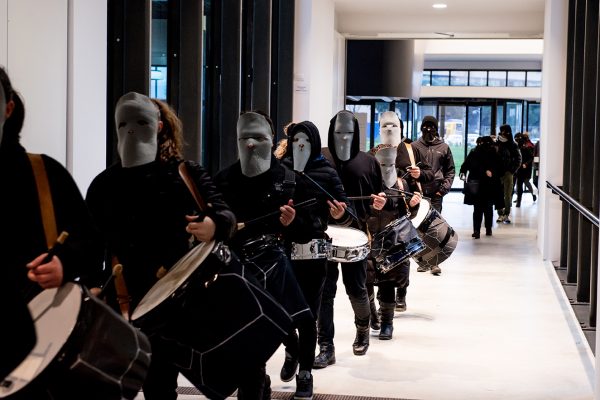 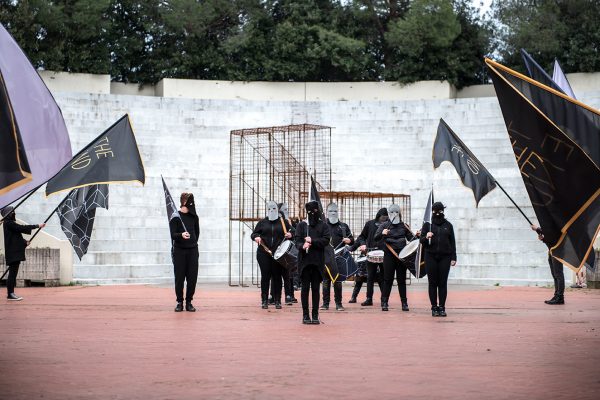 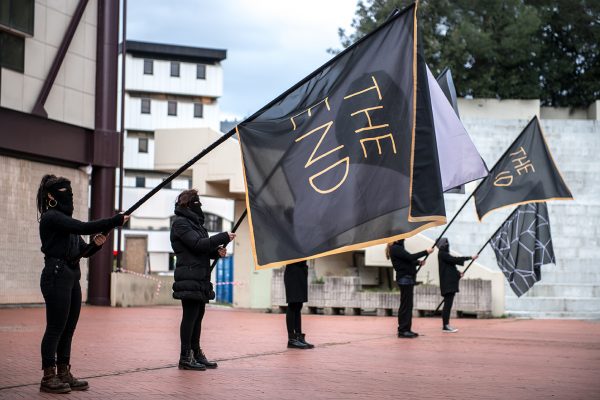 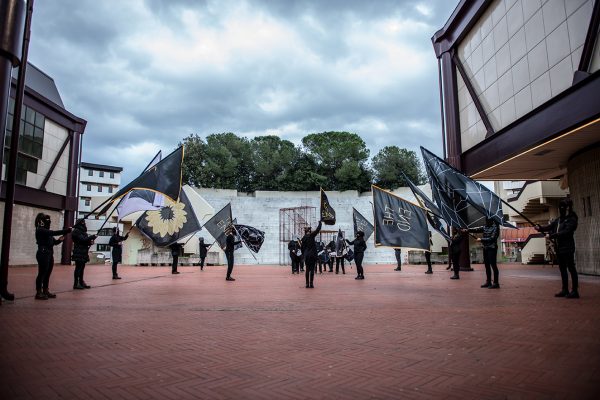 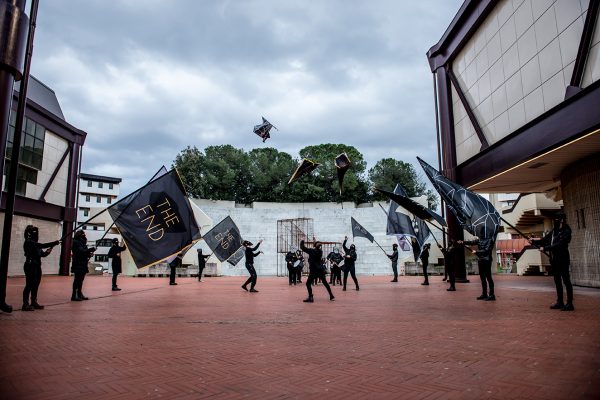 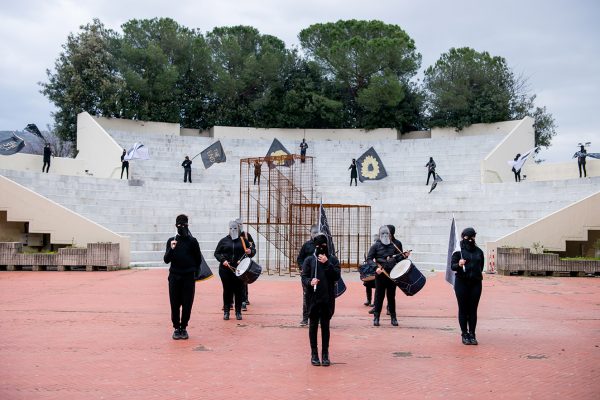 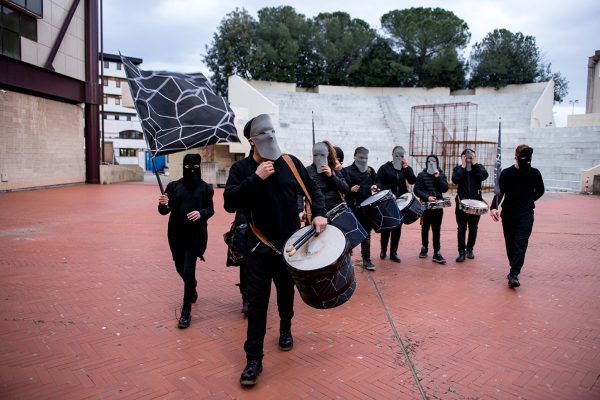