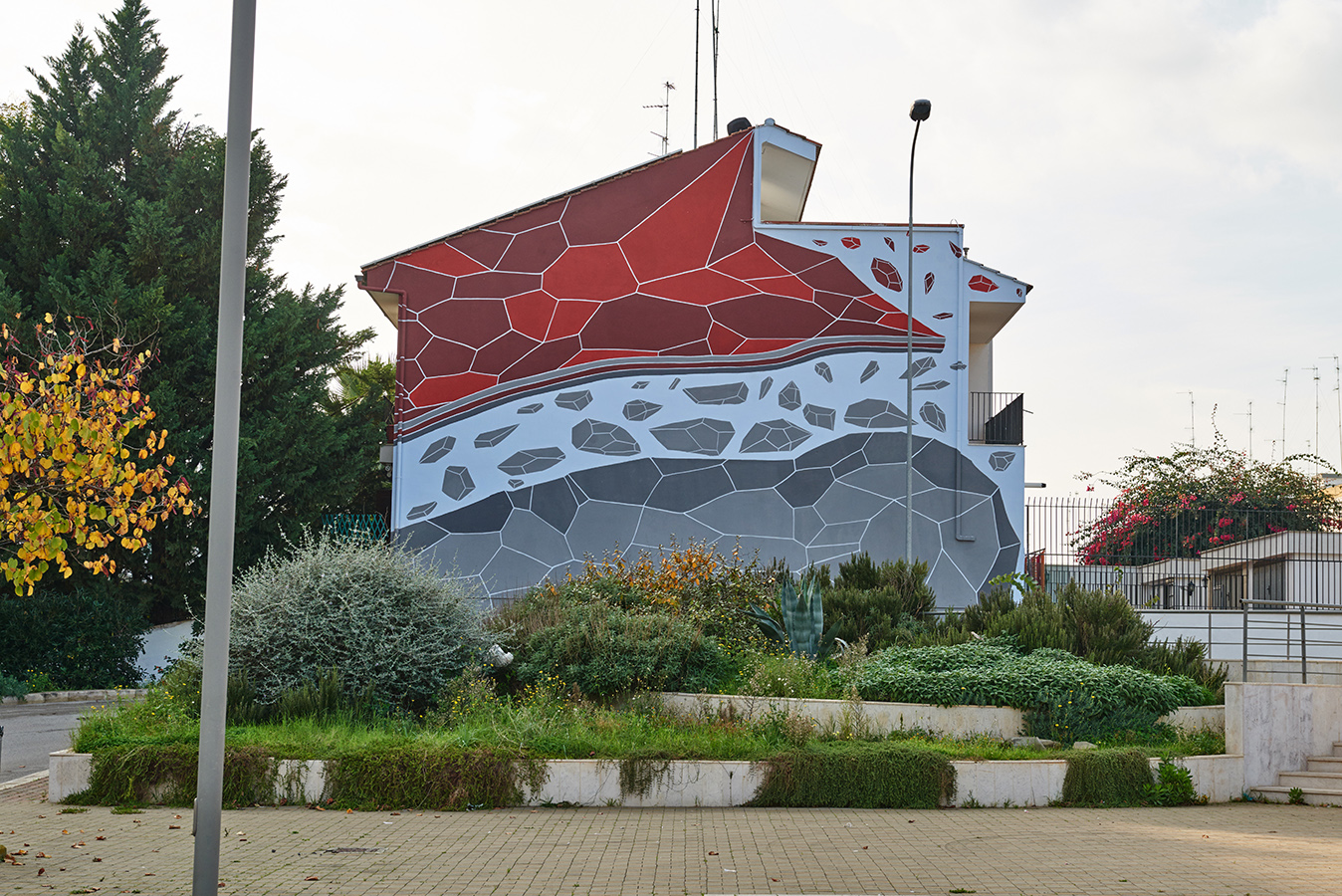 For the third stage of his Climate Project, Andreco has recently completed this new painting in Bitonto, Bari.
The project represents the perfect synthesis of Andreco’s artistic vision, in the topics covered, always linked to nature and the complicated relationship between it and the human being, as well as in the multidisciplinary approach that accompanies the author in his productions. In particular, the project represents a moment of reflection on the consequences of climate change, emphasizing in particular the environmental and social repercussions of climate change.
Climate began in Paris in November 2015, in conjunction with the United Nations Climate Conference Cop21 (Covered) (Covered) and then continued in Bologna as part of the CHEAP Festival (Covered). This third stage, produced with the help of the Pigment Workroom, Poetry in Action associations and the support of the ‘Joy of Creation’ exhibition on architect Kuthz. Climate 03 reflects on the phenomenon of desertification or the “Degradation of the soil into arid, semi-arid and dry, as a result of various factors, including climate change and human activities.” (Unccd, United Nations Convention to Combact Desertification)

One of the consequences of climate change is the acceleration of desertification phenomena. The scientific community agrees that polluting emissions, the result of anthropogenic activity, are causing a progressive increase in temperature and a strong climate change. The latter favors a series of events such as: floods, floods, tsunamis, hurricanes, passing through the melting of glaciers, fires and desertification phenomena of semi-arid areas, the latter reaching about 27% of the earth’s surface.
This third stage is inevitably linked to the working environment, in fact Puglia is still considered an area at risk as it is highly subject to drought and desertification. The imbalance is caused by an uneven distribution of water resources, in addition to the alteration of rainfall due to climate changes. At the same time, the choice to use new samples of red, in addition to gray, is the result of the maps that highlight the areas subject to desertification. The intervention is inspired by the Tiblis river, a small rocky stream on which Bitonto rises, but it is also a tribute to agricultural workers, to the continuous struggle to make these lands fertile. 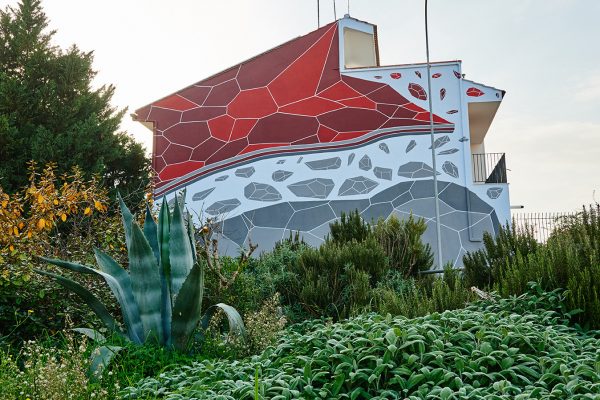 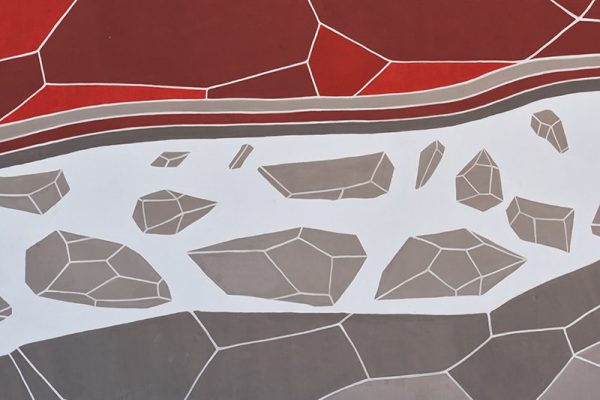 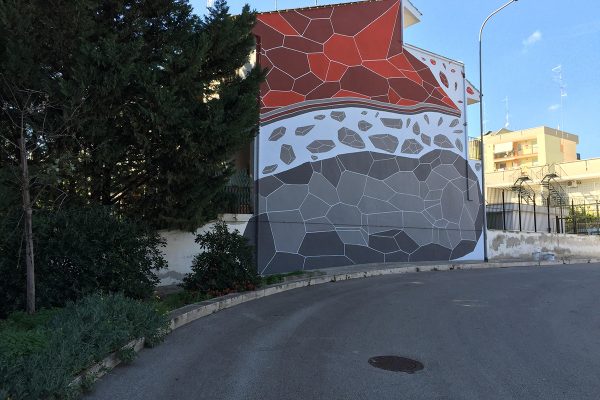 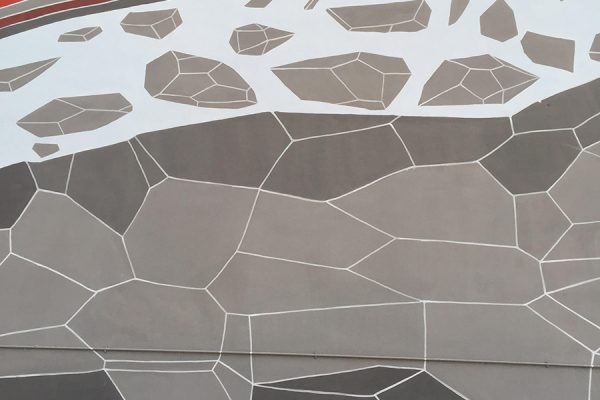 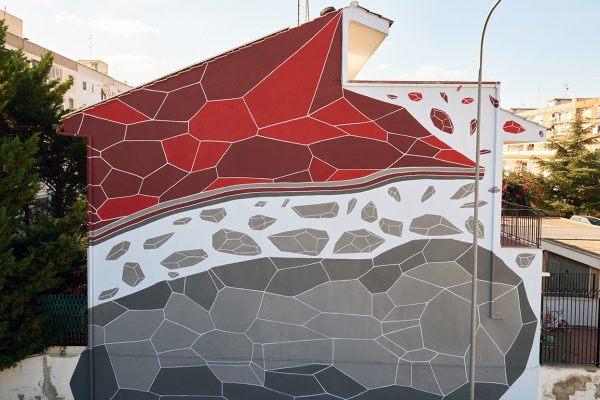 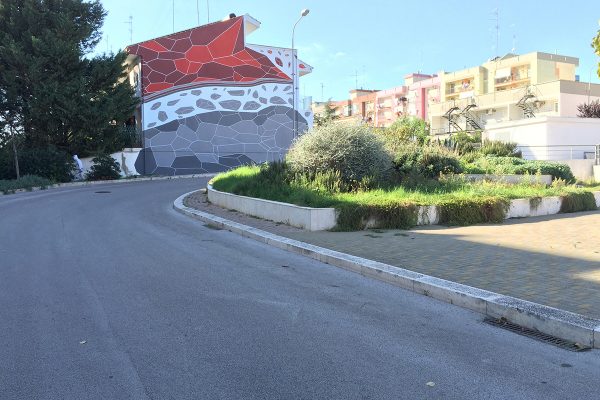 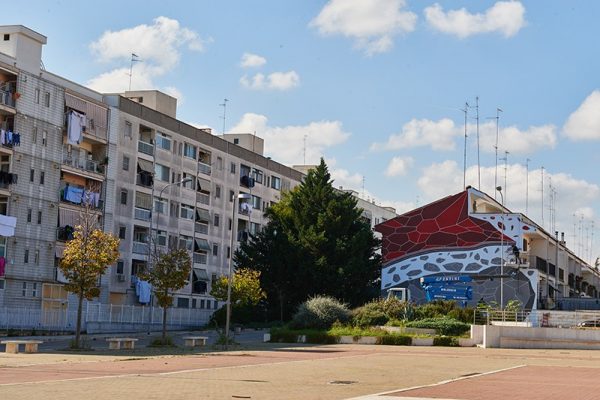 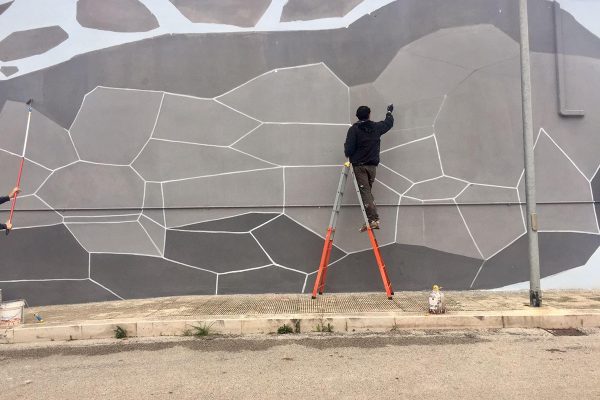 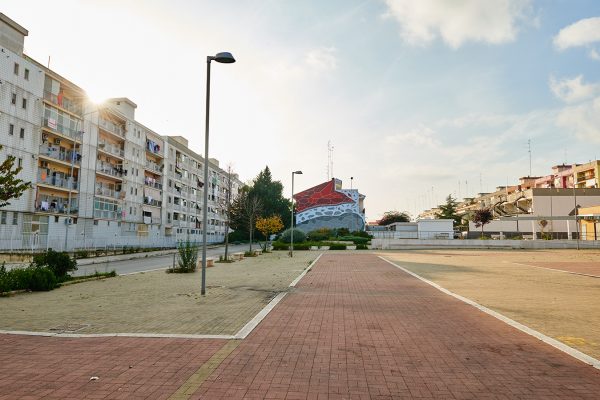 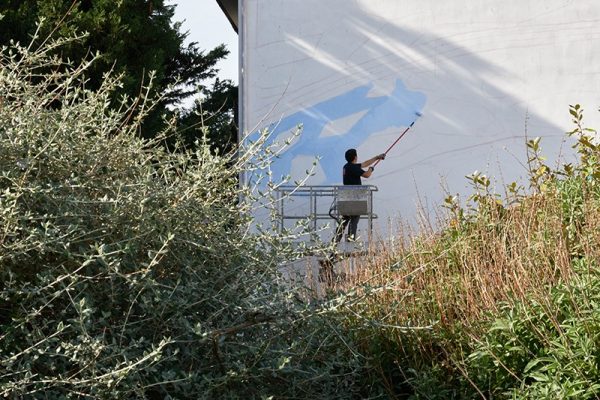 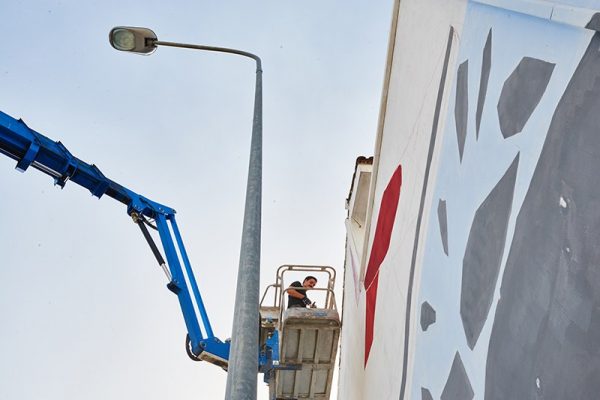 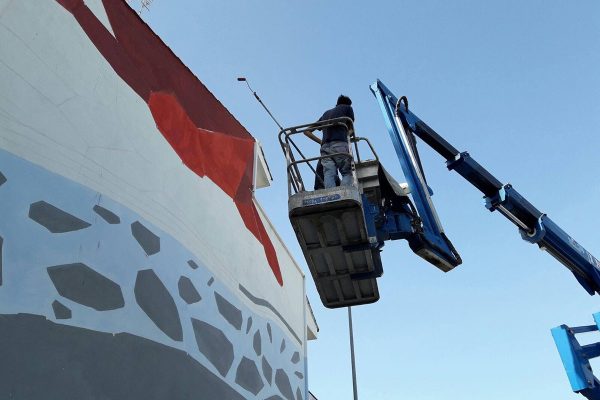