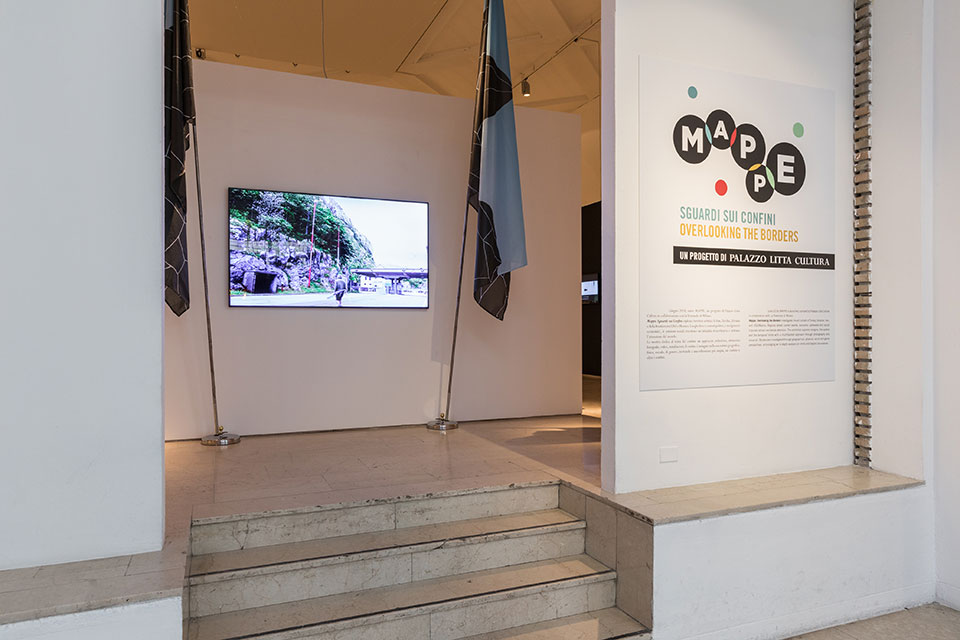 The exhibition of visual art and photography Maps. Sguardi sui confine, previously housed in Palazzo Litta, is hosted in the rooms of the Triennale from 20 June to 15 July. The project, born from the shared reflection on the theme of travel that involved Palazzo Litta Cultura and La Triennale di Milano and from the desire to join in a project, initiated the partnership between the two cultural institutions of the city.

The project experiments the scenarios imagined from the perspective of the Park of Cultures, moving from the shared desire to activate in the city, in particular in the area that gravitates around the Sempione park, a fluid and interconnected mode of use, made up of exchanges, circuits, intersections between the city community and the places of Milanese culture.

The initiative provides for the production by the two institutions of a first exhibition event for the city: the Maps exhibition. Sguardi sui borders focuses on the artistic production of four countries, Iran, Turkey, Ukraine, USA / Mexico, places where the ferments of the contemporary are felt in a heated way, both on the artistic scene and on the social and geopolitical one, combining language visual of four photographers with the work of contemporary artists, through an exhibition dedicated to the criticality of borders and their representations in contemporary art.

In the Maps exhibition. Sguardi sui confine, curated by Maria Paola Zedda and organized by Zeit, margins, crossings, paths, barriers are read according to unpublished traces drawn by the gaze of artists who live the theme of rewriting the thresholds of their countries as a testimony of the violence and drama of ours epoch.

The exhibition itinerary is preceded by a Prologue where the theme of the border and its overcoming is developed in an iconic way by the work and action of the artists.

During the opening, the exhibition is introduced by Irwin who, with the performers Gledališče Sester Scipion Nasice and the musical group Laibach and with the design department Novi Kolektivizem, constitutes the NSK, acronym of Neue Slowenische Kunst. The collective opens for the first time in Milan the NSK Consulate where it will be possible to apply for the passport of NSK State in Time of the utopian and dystopian state NSK State in Time founded by the NSK movement in 1992.

On this occasion, visitors were able to acquire a new citizenship that adds to and goes beyond that of the national state inspired by the constituent principles of NSK State in Time: the nomadic movement and absolute collectivism, which refer to the values ​​of ethnic, national equality, sexual, religious and criticism at the borders of the National State.

The Prologue is also entrusted to Andreco, an artist with a scientific background who, through a path that embraces the two researches, analyzes the relationship between urban space and natural landscape. Andreco presents the two works Between Nations – winner of the Talent Prize 2017 Terzo Pilastro Foundation Special Prize – and One and Only, a video document of the performative and installation work created on the border between Italy and Austria.

In an itinerary from East to West, the exhibition begins in Iran with the work The space in between all physical objects by the Iranian artist Simin Keramati, currently living in Canada, which reflects, through the female body and its condition of exile, on diaspora that sees the southern and eastern shores of the Mediterranean as protagonists.

Among the most representative artists of contemporary Turkey, Halil Altindere explores political, cultural and social codes, focusing on the representation of marginalization and resistance to oppressive systems. Subcultures, the overcoming of gender divisions, the rewriting of urban and transnational boundaries are investigated through video works that play with the language of the music video in an ironic and political way, making the ordinary of the third millennium extraordinary, epic and choral.

Ukraine is filtered by the complementary gaze of Martin Kollar and Anna Zvyagintseva, with a reflection on the country’s repressive systems. Martin Kollar uses the photographic lens to observe the Ukrainian prison system; Anna Zvyagintseva, with a symbolic vision, restores the contradiction between freedom and imprisonment, the dichotomy between oppression and the absence of rules present in contemporary Ukraine.

Representing one of the most tense and dramatic borders on the planet is the work of Mexican Daniel Monroy Cuevas and his recent work New Frontier, a journey through abandoned drive-ins on the border between Mexico and the United States, between the romanticism of cinema and the impossibility of tracing a system of images and permanent references. The work thus contrasts two aspects: the margin of the screen projection and the physical border of the two countries.

Alejandro Cartagena exhibits the The Car Poolers project on Mexican precarious workers traveling to work, through which the life spent on the back of vans, outdoors, among work tools, on typically South American pickups is told. It is a work of denouncing the difficult working conditions in a border area characterized by strong social inequalities.

Shadi Ghadirian has been focusing on her research on the condition of women and her role in a predominantly male society since the late 1990s. You represent the generation of Post-Revolution artists, who love their homeland intensely, but are at the same time shaped by global intercultural exchange. In the images on display from the series Qajar, Unfocused, West by East and Miss Butterfly, the artist represents with an unmistakable style the continuous tension between tradition and modernity of contemporary Iranian society.

Servet Koçyiğit, born in Turkey and moved to Holland, tackles the themes of mobility, statelessness, identity and belonging in his works and presents the series My Heart is not made from stone, created in 2016 at Palazzo Litta Cultura. to describe the rupture of his generation – the one born in the years of the third military coup in 1980 – the sense of uprooting and the ever more evident awareness of the vulnerability and precariousness of reality.

Spanish artist Manu Brabo presents his reportage on the war in Ukraine in 2014, a frontier space, always disputed and conquered by powerful neighbors. From the referendum in Crimea for annexation to Russia to the entry into the war, in him the artist discovers “a country of arrogant plains that force the visual limit, of exuberant woods and of people and traditions as ancient as they are intriguing”. Beauty and tragedy thus come together in his artistic proposal. 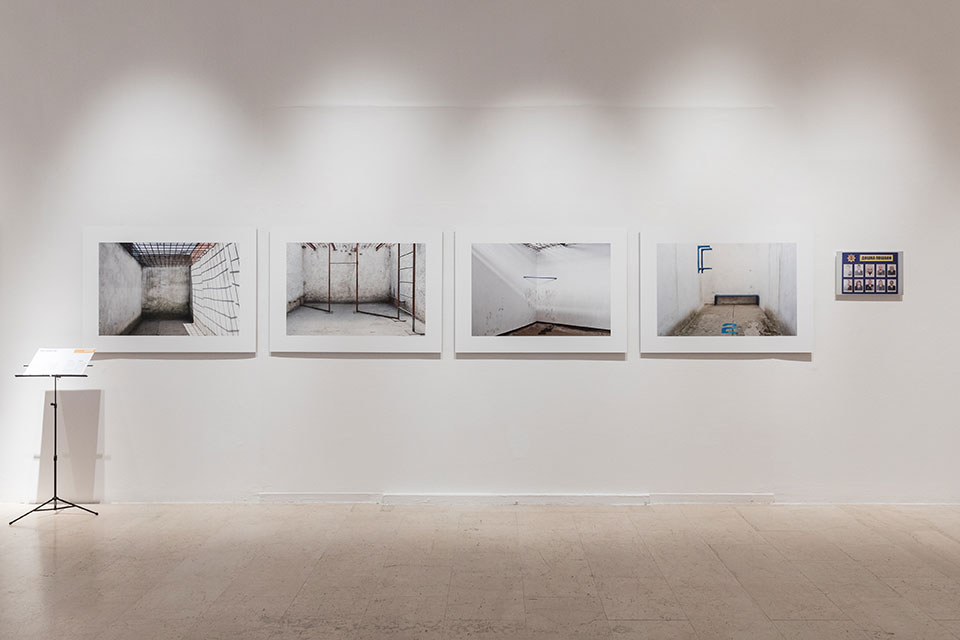 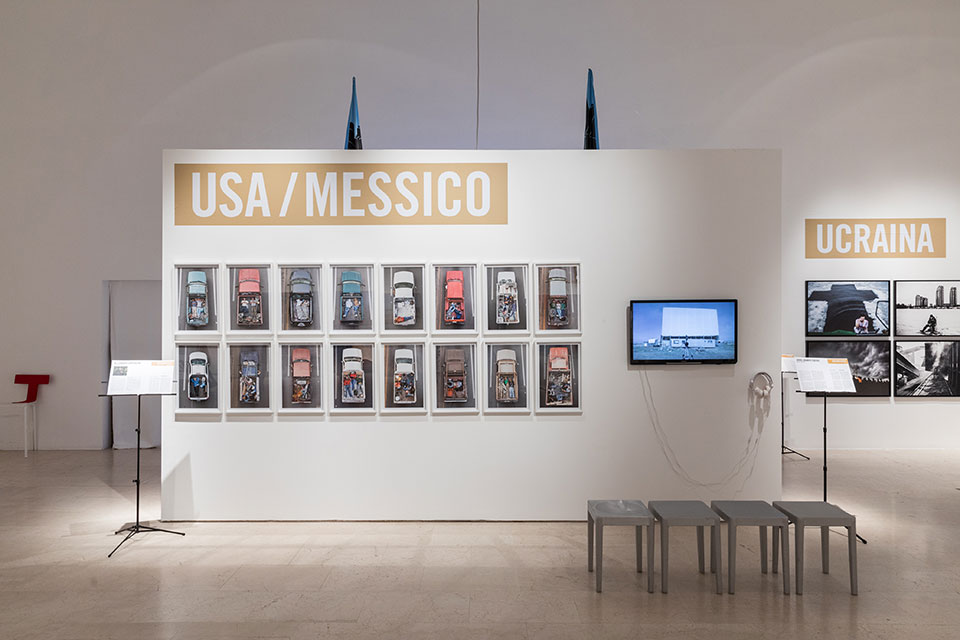 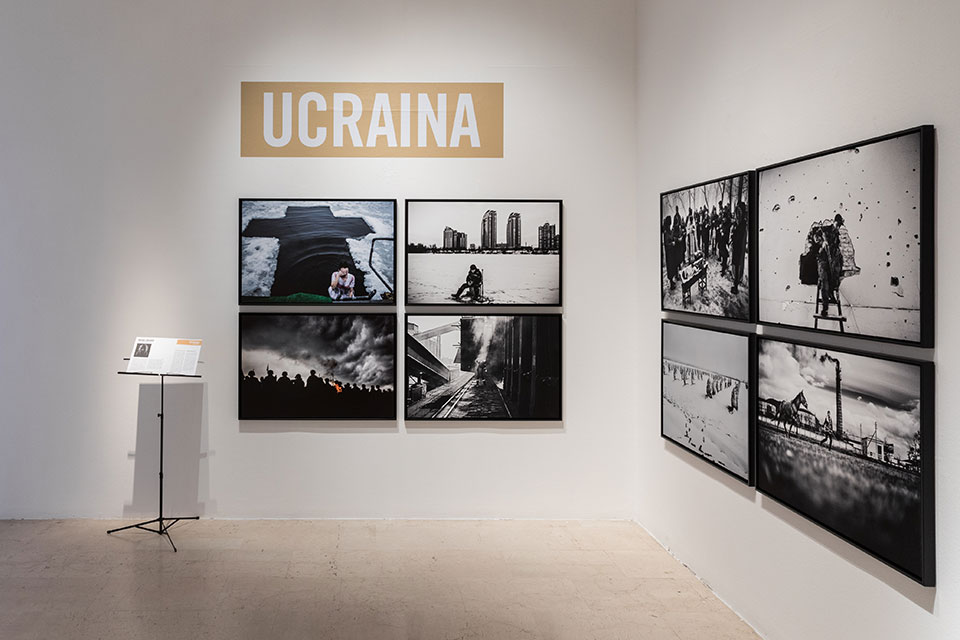