FLAGS UP AND TONGUES STICKED OUT 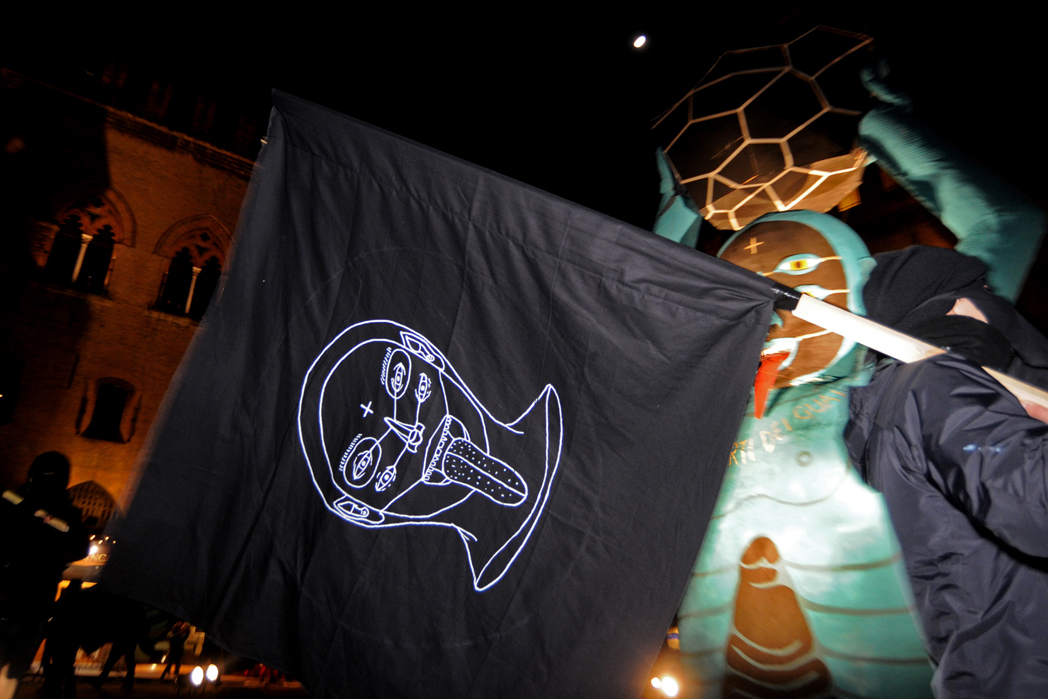 I invited some friends to paint one side of a flag and burn it with the burning sculpture “Vecchione” in the main square of Bologna for The New Year Eve. On the other side of the flag we screen printed the face of the sculpture with the tongue sticked out. Friends after walking in circle under the sculpture burn their art works in a small collective ritual.

Friends involved in the performance:

| )
Burning Art. What if the artworks get burned and nothing remain as object of consume for the art market? This time we did an action, an ephemeral art project, the artworks lasted just for the time of the performance, than, at midnight, they was burned in the big fire with the burning sculpture “Vecchione”.
|| )
Friendship remains a strong feeling in a world like ours dominated by business, competition, (envy) and the race for power. It is a sort of autonomous space that is subtracted from the world of institutionalized enmity, a concrete living space, ideal and symbolic, in which experiencing freely the humanity, without the constraints imposed by the social role. [Francesco Codello, neither obey nor command, Ed. Eleuthera] 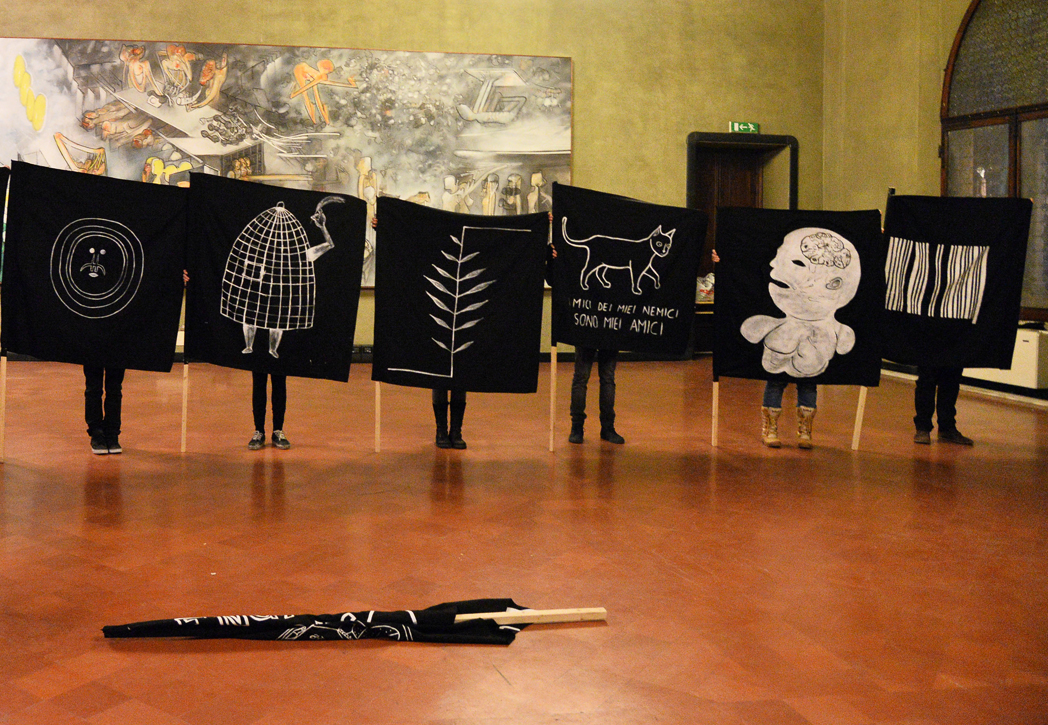 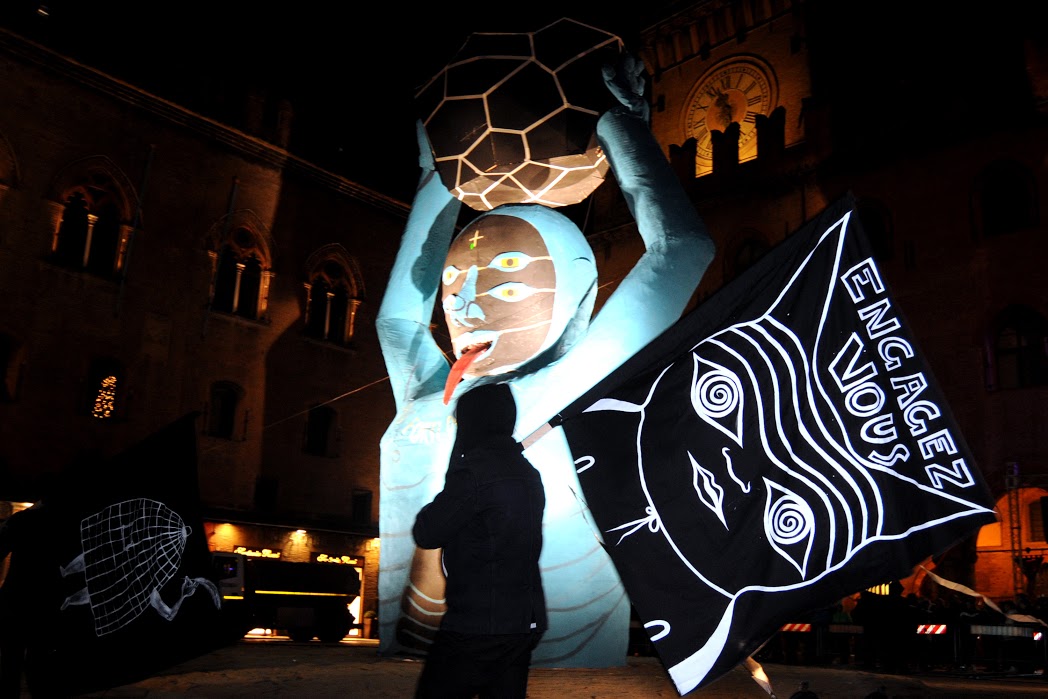 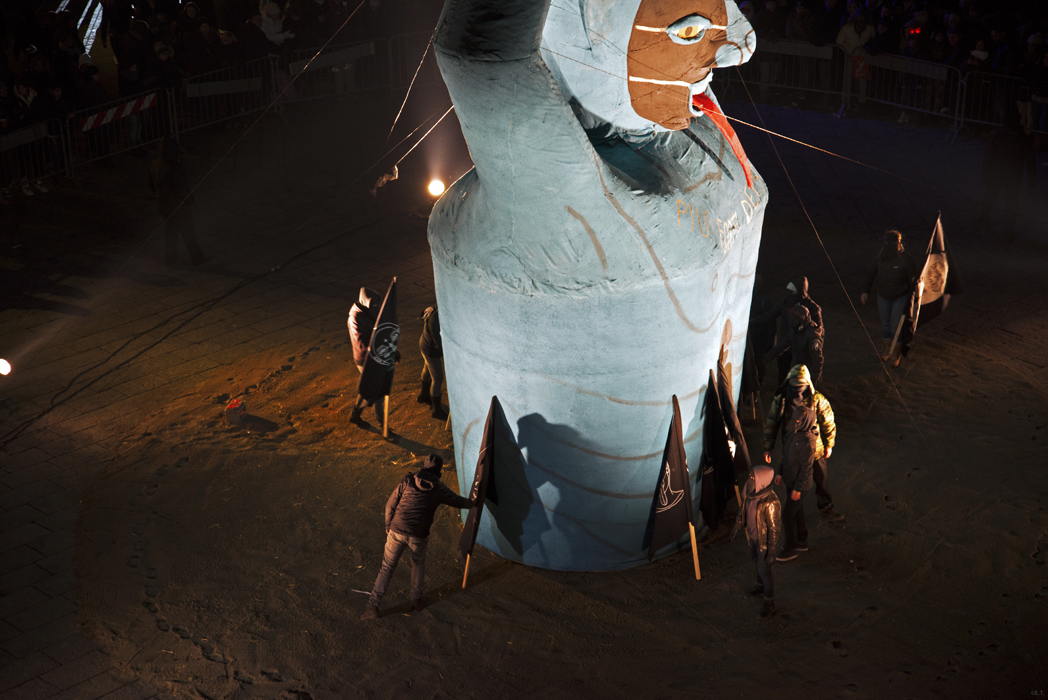 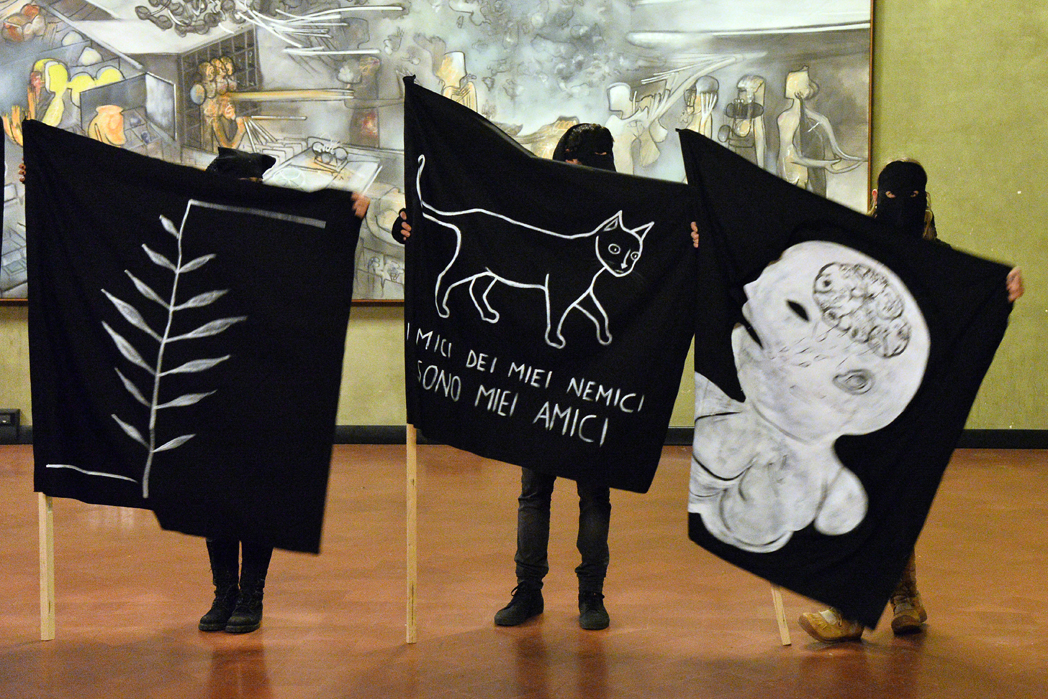