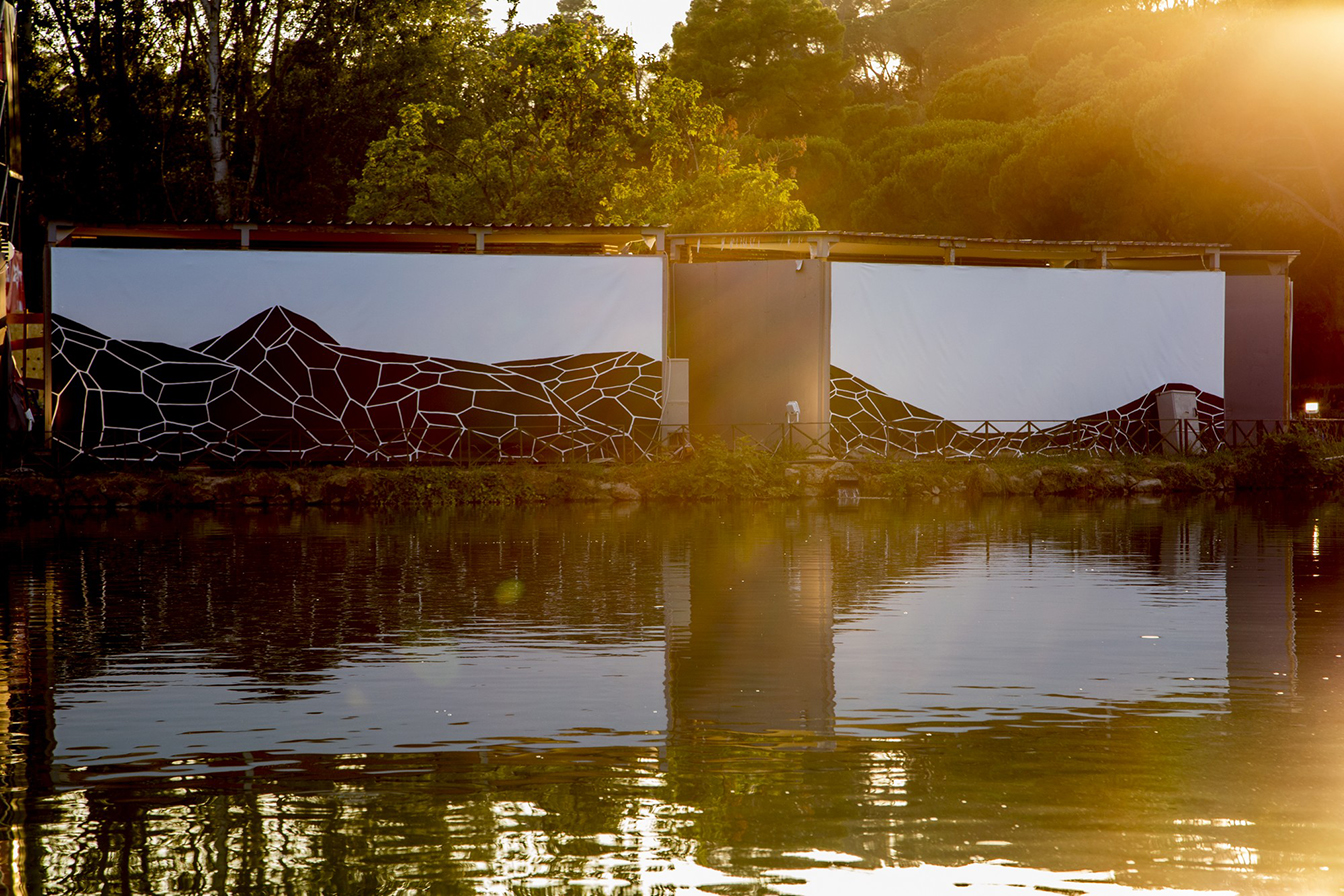 Andreco creates an installation on the lake of Villa Ada for the “Rome meets the world” festival.
The work draws inspiration from the geomorphology of Villa Ada, from the differences in height and slopes of this place. The work recalls an imaginary landscape, the geology and morphology of the earth and refers to open villages, where to build achievable utopias. Andreco, with a dual artistic and scientific attitude, often works on environmental issues and the consequences of climate change,
and this time it reflects on the relationship between man and nature, on the landscape and the fundamental role that flora has for the urban and suburban ecosystem.
The black design fragmented by white lines faces and is reflected in the lake, and doubling it creates a minimal and almost abstract shape. An abstract image reminiscent of a giant sound wave.
This work, like many of Andreco’s works, takes on a symbolic form with a meaning open to the free interpretation of the observer. www.andreco.org
–
The Gorgo:
In recent days Andreco has created a new installation that overlooks and dialogues with the lake of Villa Ada in Rome.
Andreco continues to move freely between painting, installation and performance while maintaining the key points of his work unchanged. The great Italian artist carries out research which, enhanced by academic studies, is characterized by a personal reflection on the controversial relationship between nature and human beings, on all those environmental issues that are marking this particular historical moment.
“Double Landscape” therefore continues the development of the imagination and themes dear to the interpreter. Andreco works on a series of five panels 2.5 meters high and 8 meters wide, for a total extension of 40 meters, developing a single and large image. Working through the peculiar graphic synthesis, the author gives shape to the usual binomial / contrast between man and nature, natural environment-built environment. The final result once again takes on a symbolic form, with a meaning open to the free interpretation of the observer.
Made within the Rome meets the World Festival, the intervention is inspired by the geomorphology of Villa Ada, by the differences in height and slopes that characterize the park. The image is reflected on the small body of water, generating an optical illusion in open dialogue with the surrounding environment.
Nothing else to add, to accompany our text with a nice series of shots with all the details of this latest effort, take a look and stay tuned here on the Gorgo for new and juicy updates.

Pics by Lorenzo Vecchio and Andreco

Five panels, a bridge and a thousand reflections on the water to create the illusion of a possible world: this is the spectacular result that ANDRECO, the street artist chosen by Villa Ada, in Rome, manages to achieve for the event ” Rome meets the World “.

It is no coincidence, then, that the artist titled his work Double Landscape, to underline its composite nature, his need for the external environment to complete himself and take on meaning. And, moreover, that concert of white lines and black hollows reproduce the differences in height and slopes of one of the most famous villas in the capital.
The five panels – 2.5 meters high and 8 meters wide, for a total extension of 40 – best express Andreco’s dual soul, the creative one and the more purely scientific one, as the Roman is a PhD in Environmental Engineering. on urban sustainability and has sustainability issues at heart. Also in Double Landscape, then, the artist investigates the relationship between urban space and natural landscape and between man and the environment.

The installation by the street artist is, in any case, only one of the events that make up the “Villa Ada Rome Meet the World – Possible Villages” event. 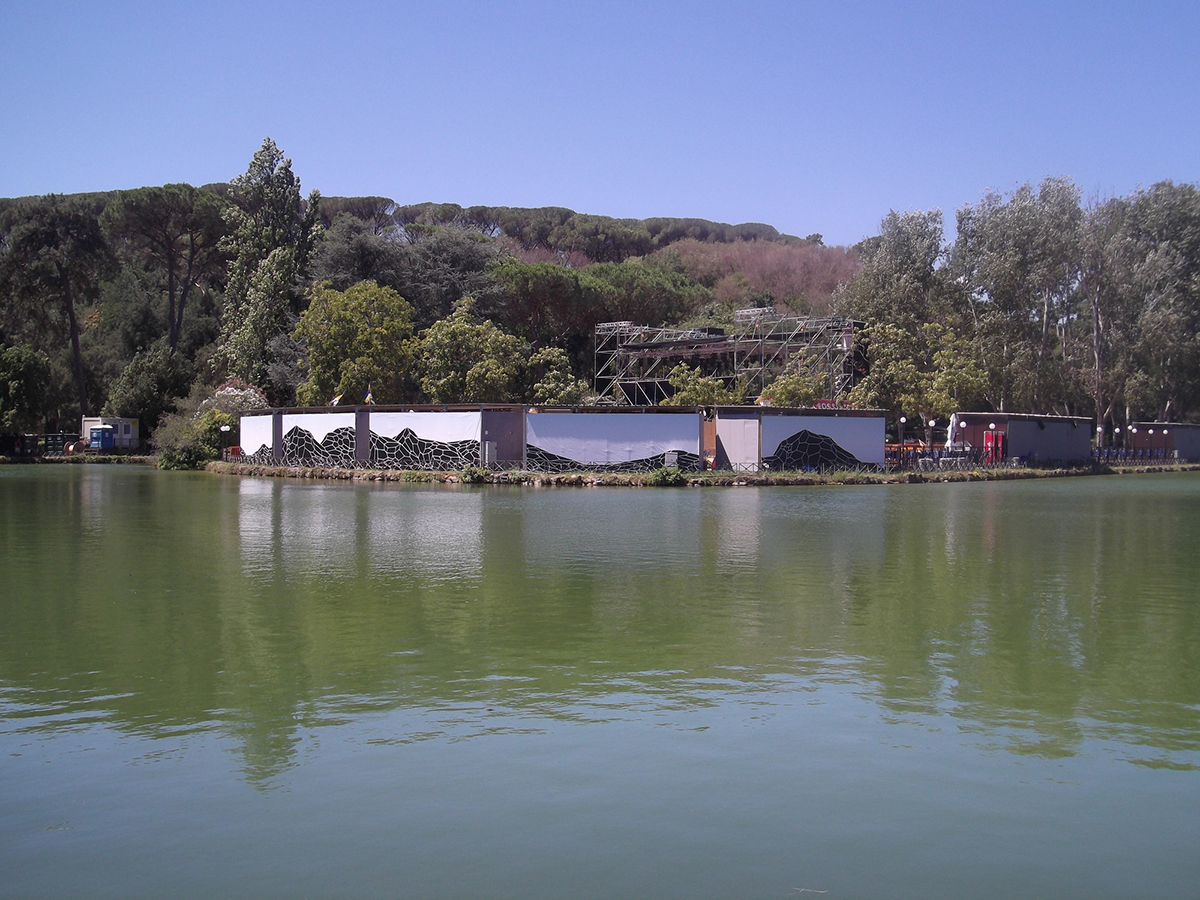 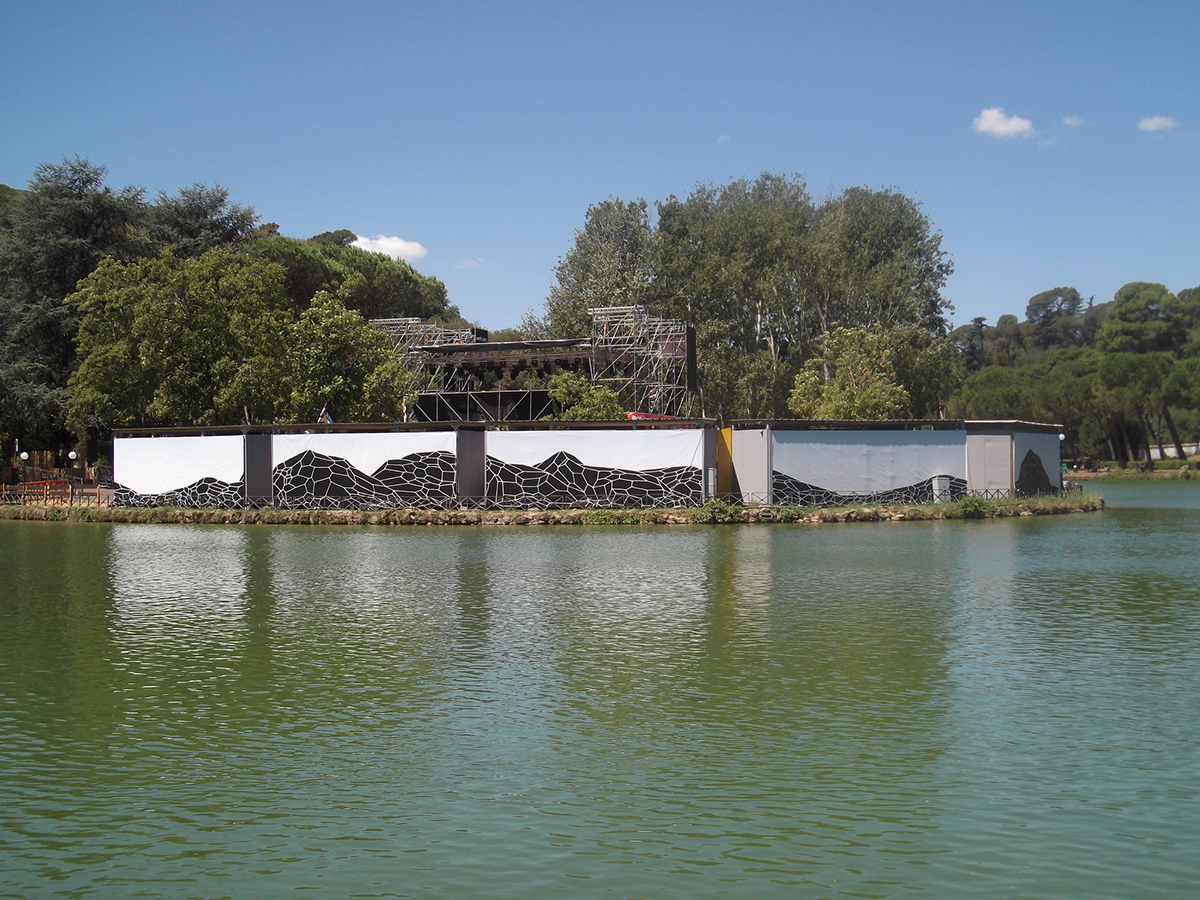 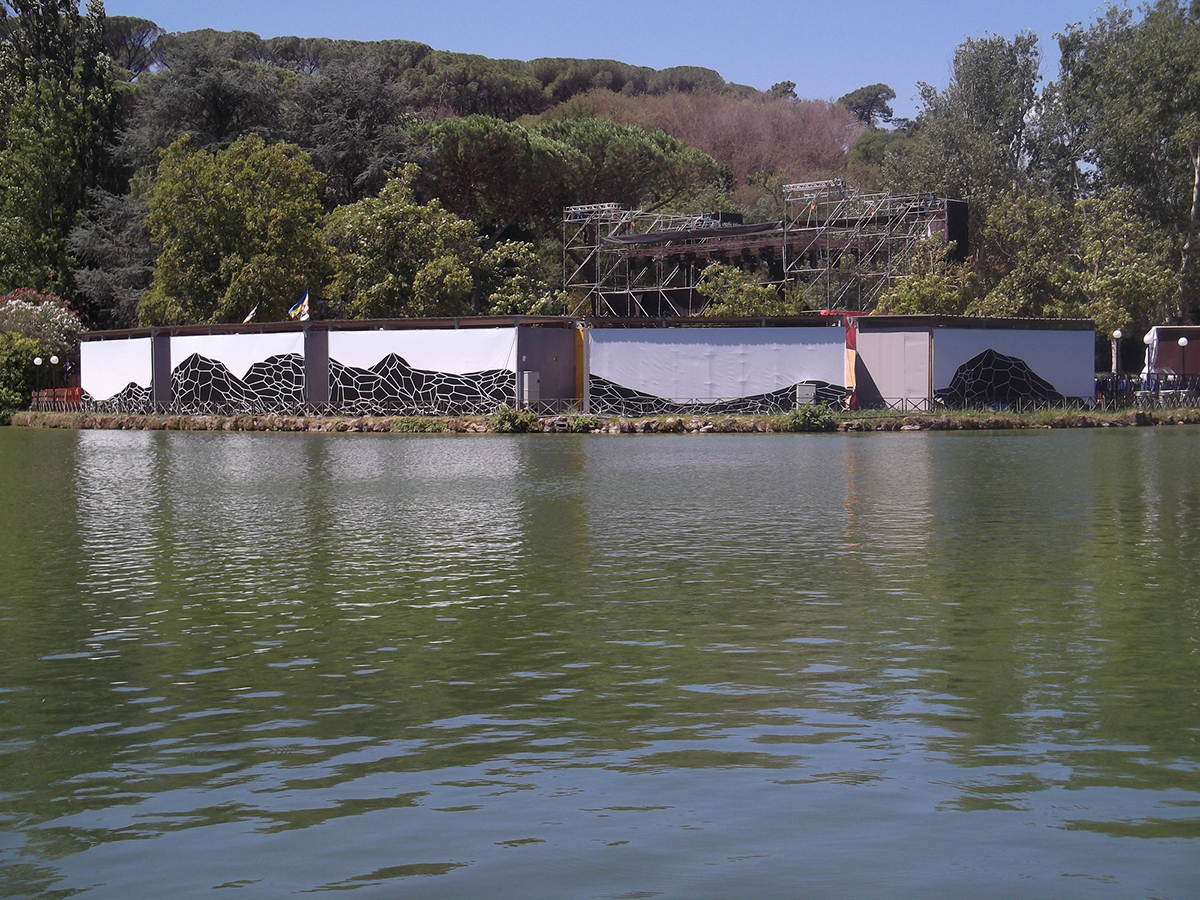 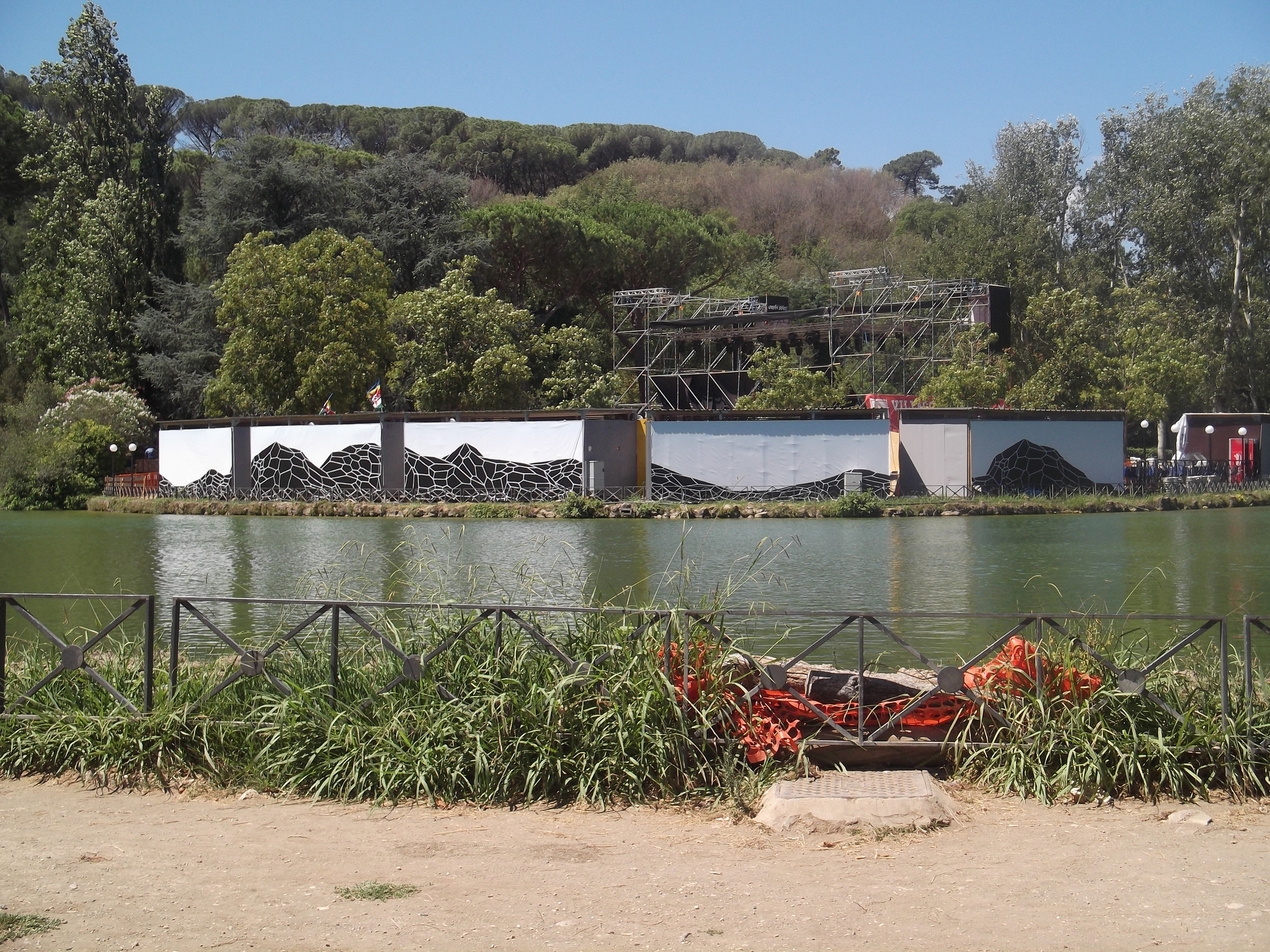