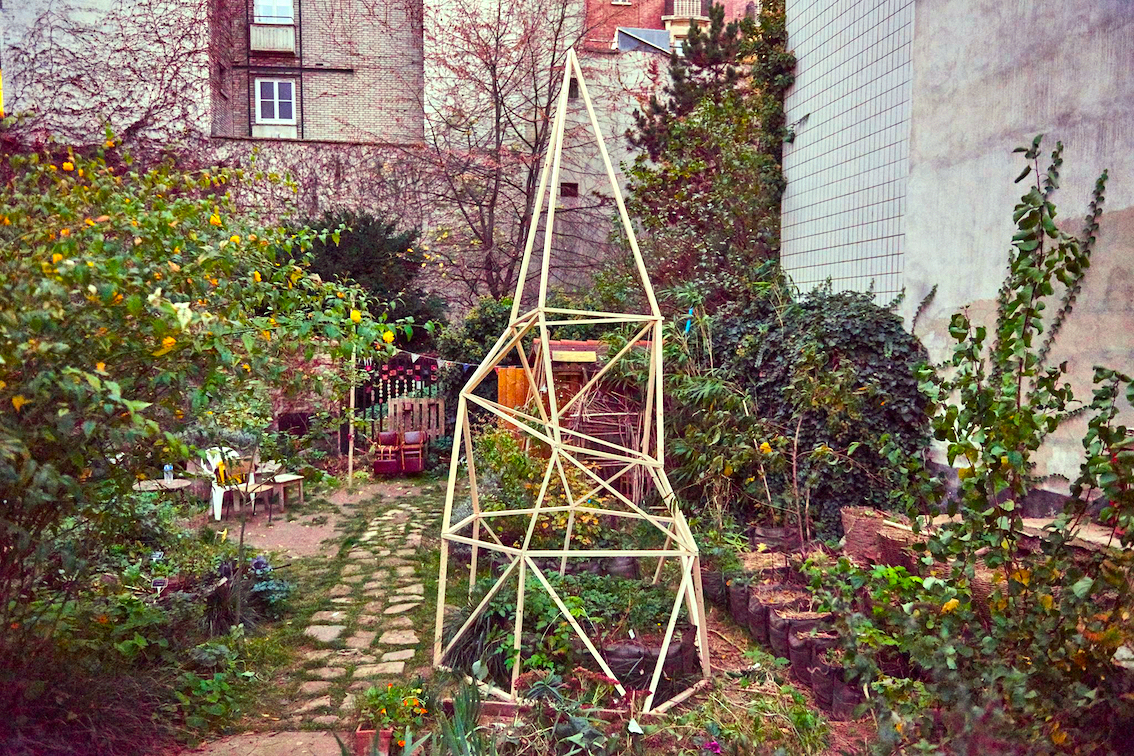 CLIMATE01 is the first step of an art project inspired by the scientific debate about Climate Change.

Scientists estimate that the CO2 concentration in the atmosphere have a direct connection with the rising of temperature and climate change. 350 parts per million of carbon dioxide #CO2 in the atmosphere is a safe level. The CO2 concentration in atmosphere now is around 397 ppm and is predict 400ppm for the 2016. The 350 ppm was passed around 30 years ago. Let’s ask the governments to sign an agreement at #cop21paris2015 to reduce The emissions of CO2 and others greenhouse gasses. Today the Global Climate March !

Undeniable Climate Impacts
Today, global warming is already having harmful effects on our communities, our health, and our economy. These consequences will only intensify as the planet’s temperature continues to rise. Communities, people, and businesses are now facing impacts including:
• Rising sea level. Global warming is accelerating the rate of sea level rise and dramatically increasing coastal flooding risks.
• Longer and more damaging wildfire seasons. In the dry season in many parts of the world and in drought-prone regions, wildfire risks are increasing and wildfire seasons are getting longer as global temperatures rise. Costly and growing health impacts. Climate change has serious implications for our health, including increased air pollution and high temperatures that can lead to dehydration, heat exhaustion, and deadly heat stroke.
• Heavier precipitation and more extreme flooding. As temperatures increase, more rain falls during the heaviest downpours, increasing the risk of floods.
• More frequent and intense heat waves. Dangerously hot weather occurs more frequently than it did 60 years ago, and heat waves have gotten hotter.
Climate scientists have documented that global warming is happening and that fossil fuel emissions are the primary cause. A wealth of scientific evidence shows that the above impacts are primarily the result of increased levels of heat-trapping carbon dioxide in the atmosphere—carbon that can be traced back to the fuels (coal, oil, and natural gas) that fossil fuel companies have extracted and brought to market. *
*from The Climate Deception Dossiers by Union of Concerned Scientist.

I realized a mural inspired by the consequences of the climate change and also an installation in wood and climbers plants in a community garden with the participation of the people of the neighborhood. For this project I also gave a class in the elementary school which I painted the facade and a lecture about Art and Science in my research at the course of Philosophy of Art at La Sorbonne University.

The Italian artist Andreco is about to launch CLIMATE 01, an itinerant and international public art project about climate changes, their causes and their impacts.

As the starting point of this journey, Paris will be the scene of a two-acts creation. The first project is the installation of a 5meters-tall wooden sculpture in the Jardin partagé Beaudelire, a community garden located in an empty lot of Rue Baudelique in the 18th district. The second stage of this project is the creation of a wall painting that represent the water and CO2 cycles. This mural will be featured on the façade of Richomme Primary School, in the 18th district, in the very heart of the historical and multiethnic neighborhood known as “La Goutte d’Or” (The Golden Drop).
It’s not a case that a project that took inspiration from the effect of the climate change on the environment start in Paris at less than one month from the beginning of the Cop 21 forum.

The revegetation of empty lots is very common in Paris, and particularly in the 18th district. Communities of neighbors get together in order to promote urban horticulture, to prevent overbuilding and to take care of spaces otherwise left abandoned. The artist minds the importance of green spaces in cities for a healthy environment, water and heat management and the good “land use” planning. His artistic practice in the urban context takes also inspiration from the “UGT” Urban Green Technologies, his research topics for many years, and the aesthetic of interstitial landscapes according with Gilles Clement’s “Third Landscape Manifesto” (Manifeste du tiers paysage).

The result of a collective workshop, Andreco’s sculpture has been built around and on top of a tray used to grow herbs and small vegetables, a sort of symbolic “protective armor”. The sculpture is designed for interact with the plants of the garden, especially with some climbing vines. As a landmark for the territory the sculpture become a sign for the identity of the garden and the local claims for the environment. This artwork integrates a series of sculptural projects that the artist did for a wider research about the relations between humans and nature.

The sculpture will be officially presented on Saturday, November 21, 11 AM. During the opening, the artist and the neighborhood community will be planting climbing vines around the sculpture.

Climate scientists have documented that global warming is happening and that fossil fuel emissions are the primary cause. A wealth of scientific evidence shows that the above impacts are primarily the result of increased levels of heat-trapping carbon dioxide in the atmosphere—carbon that can be traced back to the fuels (coal, oil, and natural gas) that fossil fuel companies have extracted and brought to market.

Andreco will paint a mural meant to represent his own symbolic and schematic interpretation of global warming’s main consequences, such as the rising of the sea level, longer wildfire seasons, heavier precipitations and flooding, the intensification of heat waves. The artist will also give a class to the school students, in which he will explain his work and talk about the climate changes that are currently affecting communities, people and businesses. 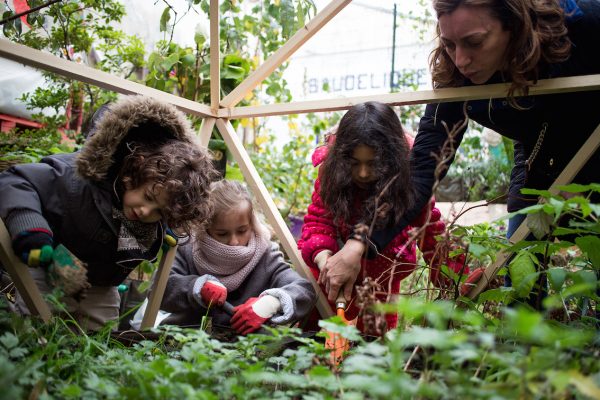 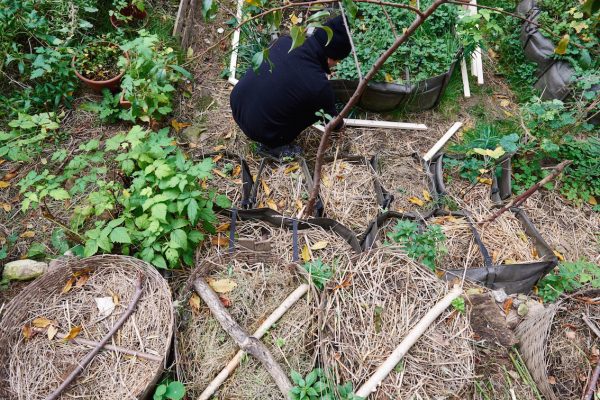 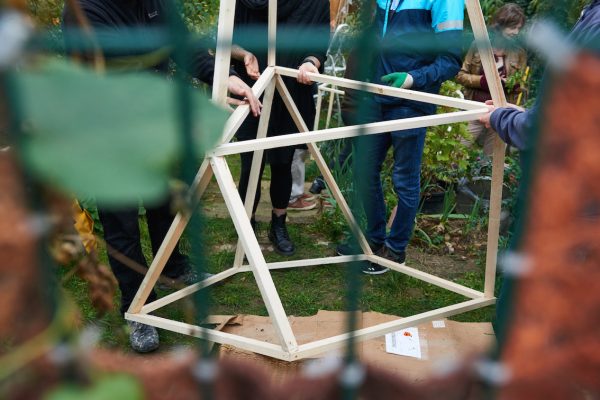 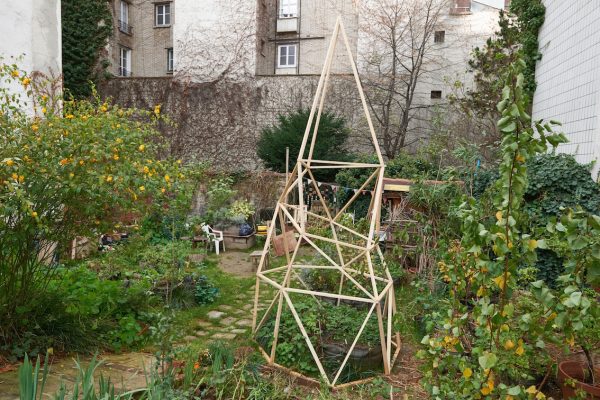 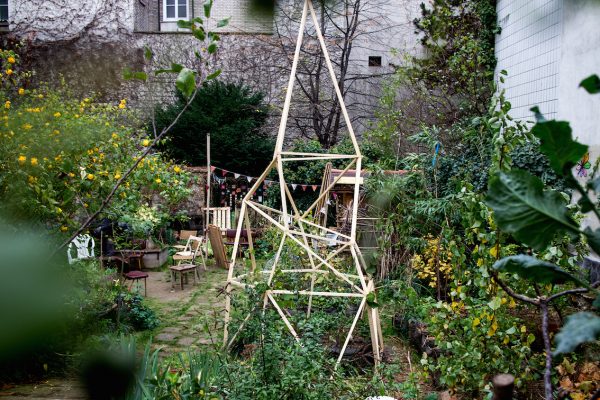 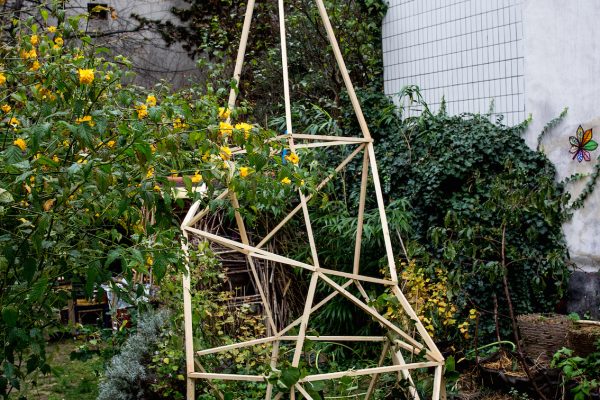 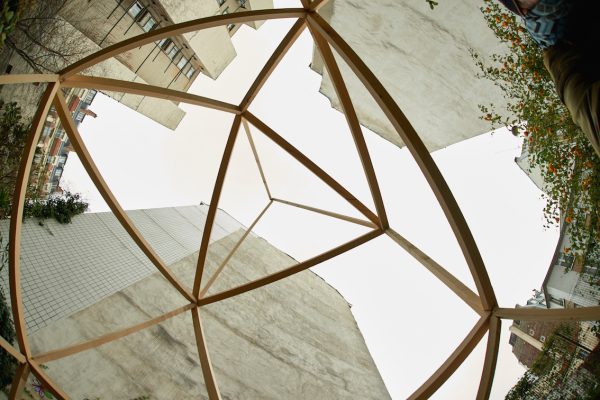 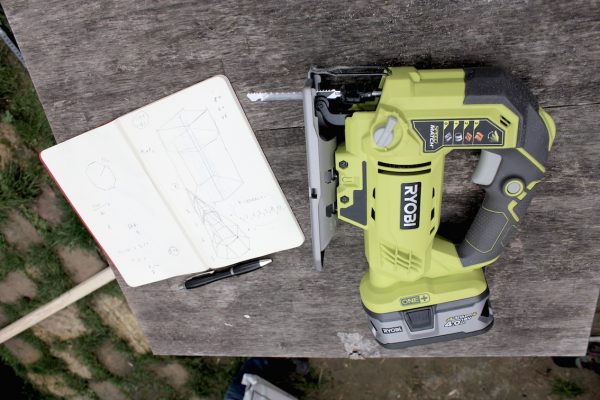 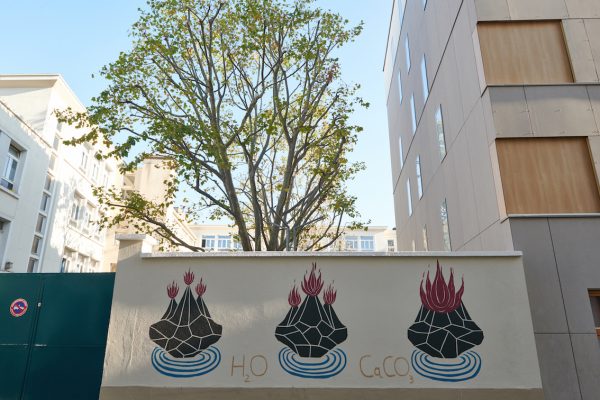 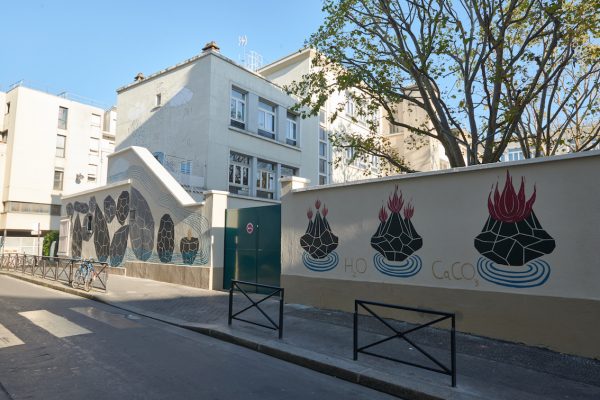 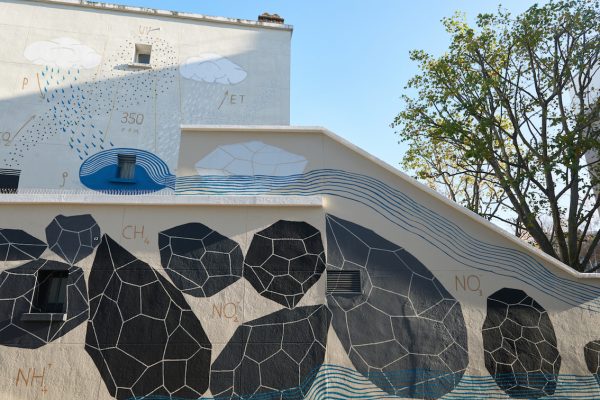 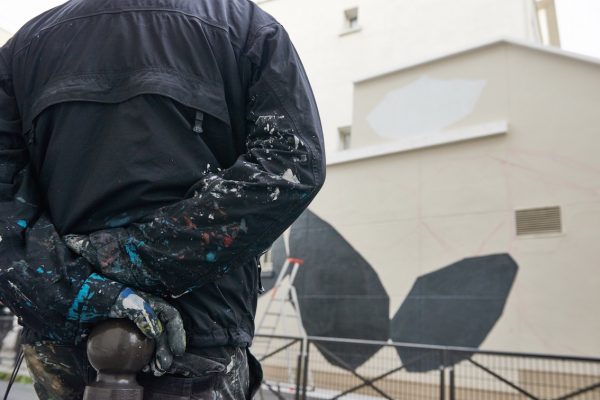 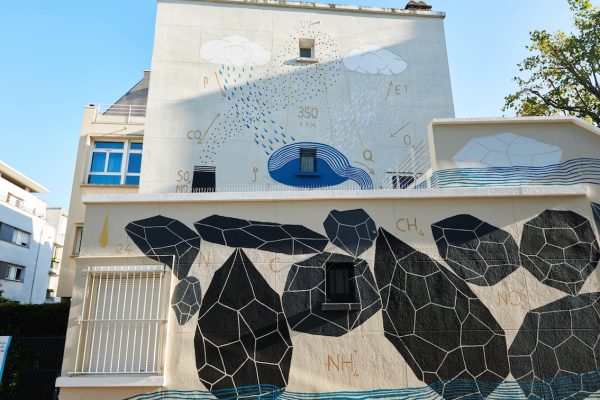 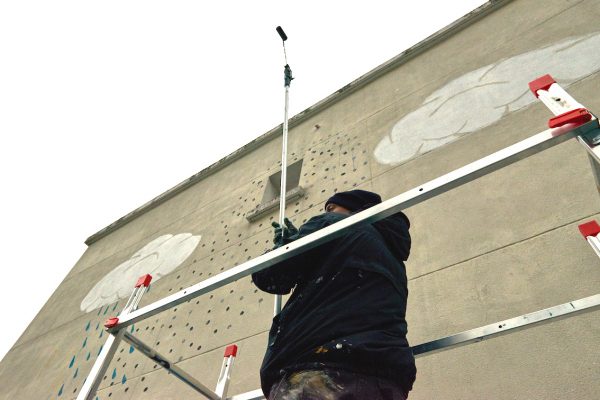 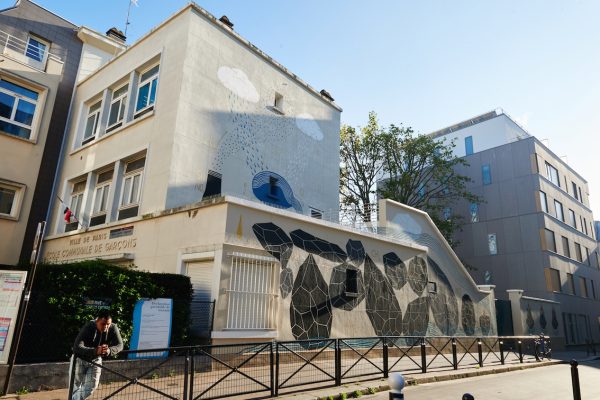 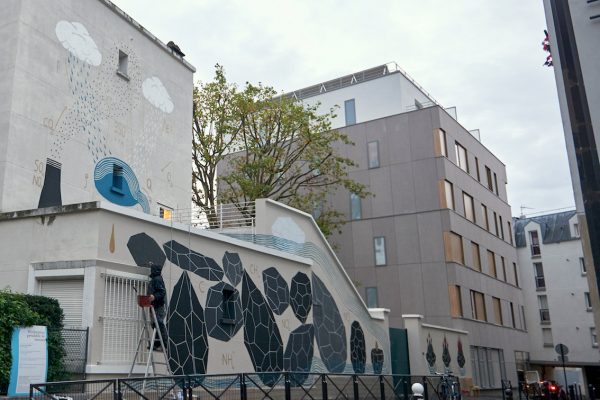 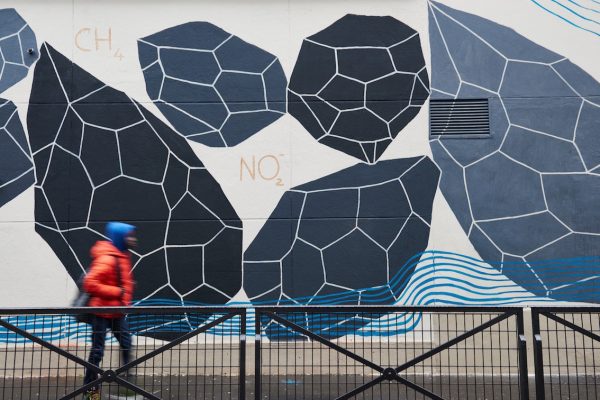 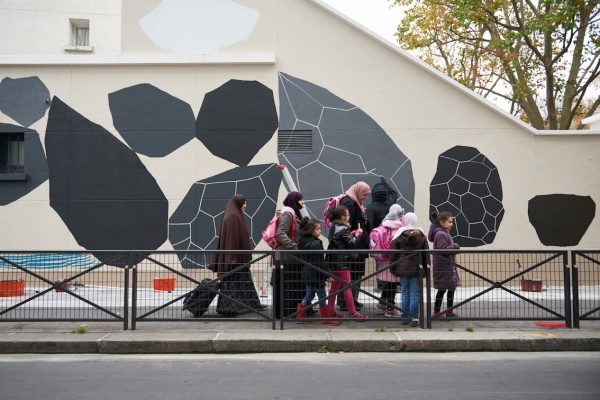