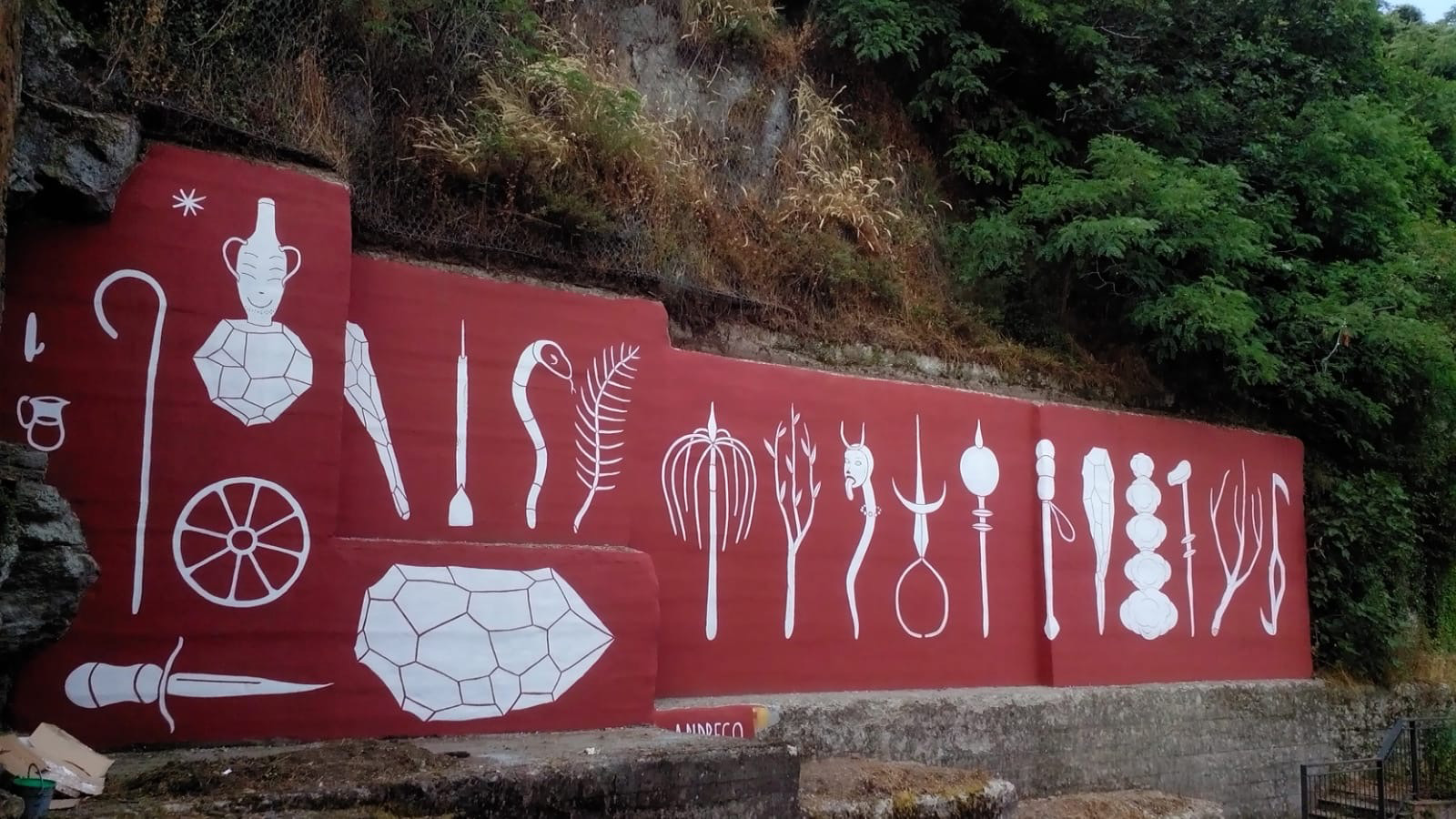 The Roman artist Andreco created “Bastoni”, a wall painting on the concrete retaining wall near the Porta della Ripa, the entrance to the Via Francigena in Acquapendente, a town in the province of Viterbo. The artist took inspiration from the history of the place, from the local flora and from the typical object of the walker: the stick. In fact, the stick is in many cultures an object with a strong symbolic and ritualistic value, with the most disparate forms of use. The stick is used as an object of worship, a work tool, an element of support, defense or attack, moreover it is a tool, without any doubt, appropriate when it comes to pilgrims, walkers and hikers.
The choice of the stick is therefore for the artist a tribute to the multicultural society without borders, neither physical nor abstract, between nations, cultures and religions.
The mural is also a tribute to an important local event, in fact among the sticks depicted there is also the goad, a branch with a pointed piece of iron on top and a sort of hoe at the base, used by farmers to push oxen during the ‘plowing. The goad has become the symbol of the popular revolt against the imperial government that in 1166 drove out Frederick Barbarossa and his dominion over Acquapendente.
Legend has it that the revolt was encouraged by the miraculous flowering of a dry cherry branch, hence the famous feast of the Pugnaloni, which in Acquapendente is held in memory of this popular uprising.
The tradition of the Pugnaloni, mosaics made with flowers and leaves on wooden panels, derives in particular from the ancient custom with which the peasants celebrated the feast, parading behind the statue of the Madonna with goads decorated with flowers (typically broom) to commemorate the weapons of the battle against the sovereign and the cherry blossom.
The production of the stick has always been the result of a long artisan experience, with very varied shapes, looks and qualities and characteristics of the places of production. The artist intends to deepen and enhance this artisan knowledge and relate this artifact with what is usually its natural raw material: the wooden branch. For this reason, in addition to various types of sticks, including visionaries, the artist depicts branches, inspired by the species found in the area. The work in its complexity will also be a tribute to nature and a millennial tradition: the creation and use of the stick. The mural was created by the artist together with his assistant Mario Nardulli and a boy from Acquapendente and two workers from a local company who restored the retaining wall that had been degraded by time. During the construction of the wall, several young people from Acquapendente attended the work.
To create the wall painting, environmentally sustainable paints were used, for exteriors, more environmentally friendly than traditional ones and more in line with the project’s environmental sustainability perspective, supplied by the company OIKOS. 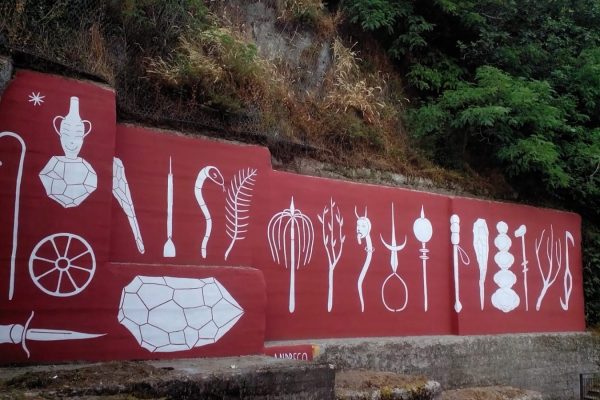 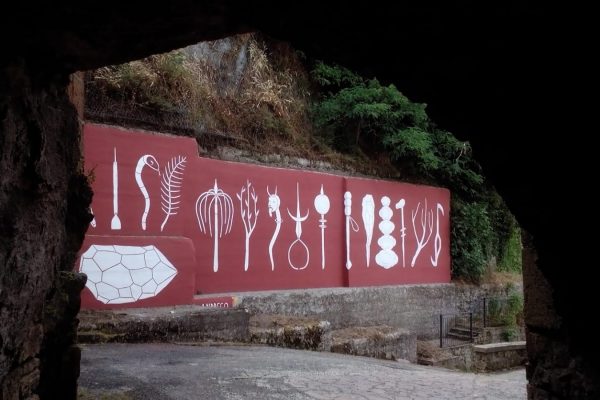 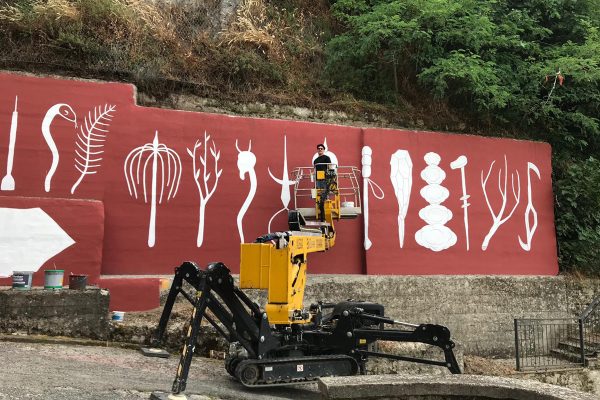 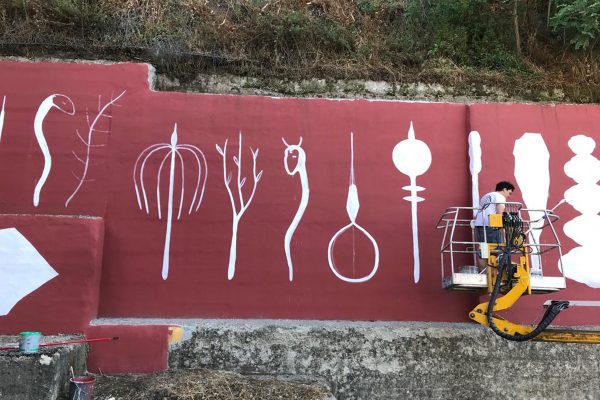 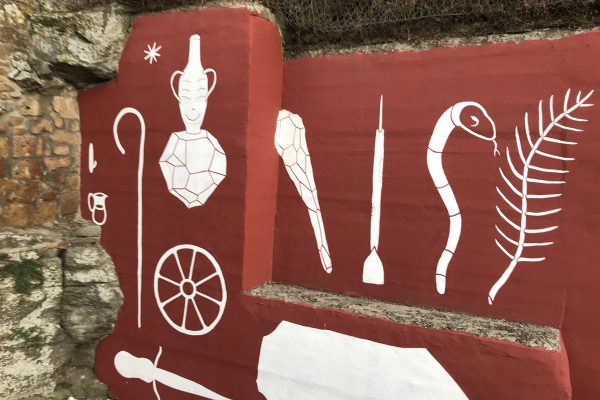 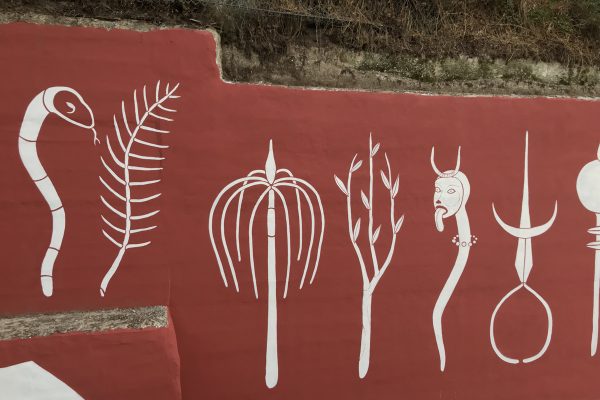 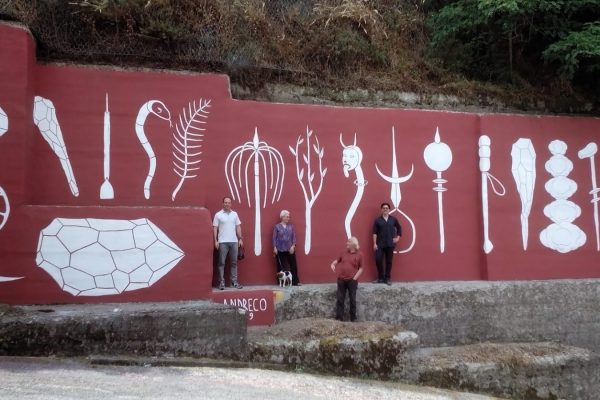 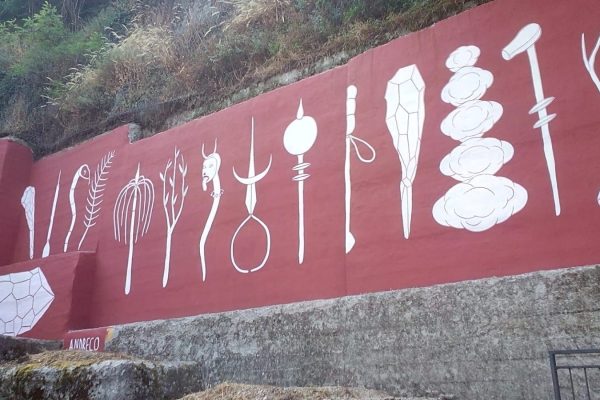 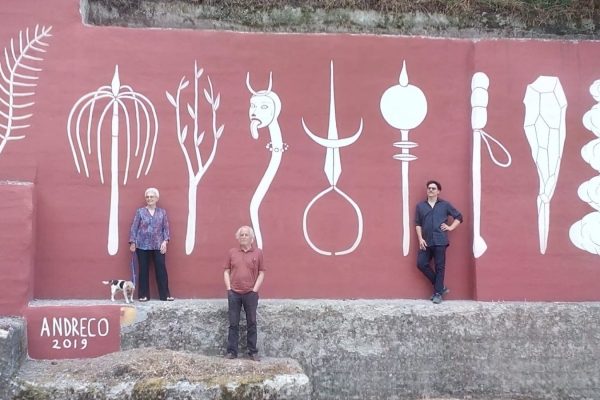