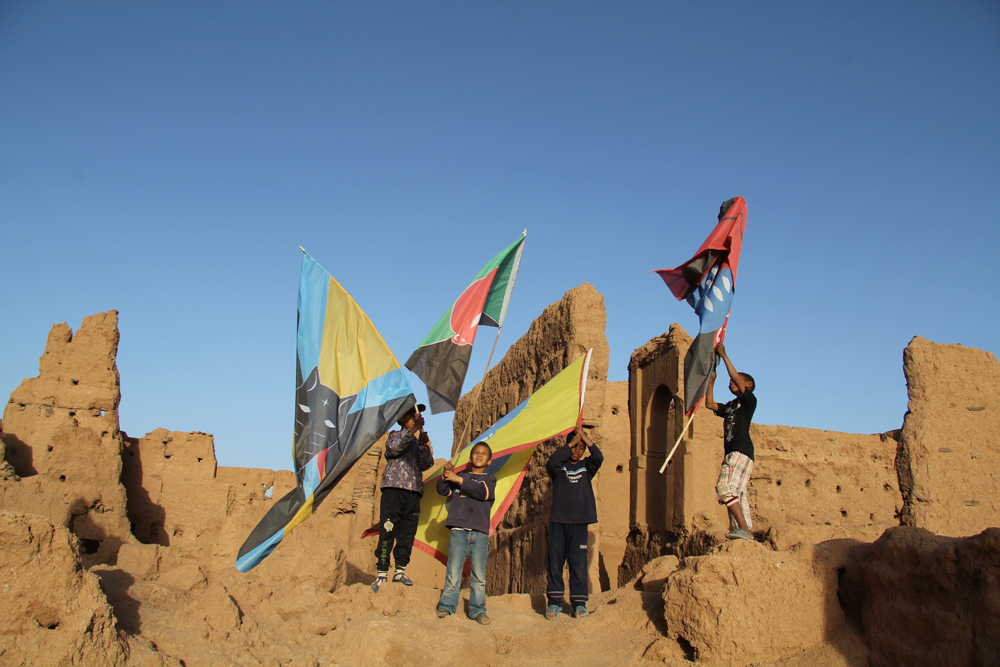 The video entitled “بلدي قبيلة” (My tribe) made by Andreco and Manuel Moruzzi, in April 2012, filmed on location in Morocco, near the oasis of Smira in the Sahara desert. The inhabitant of the oasis has nomadic origins, descendants of the Arab tribe Bani Hilal. In the artwork of Andreco is being used often the idea of creating a new vision of rituals and an imaginative folklore. In this video the children run through a part of the oasis that is now abandoned, consisting in dilapidated buildings and ruins made of earth. The children become adults and return as children to meet themselves at a point for waving flags with new symbols. New tribes are growing. 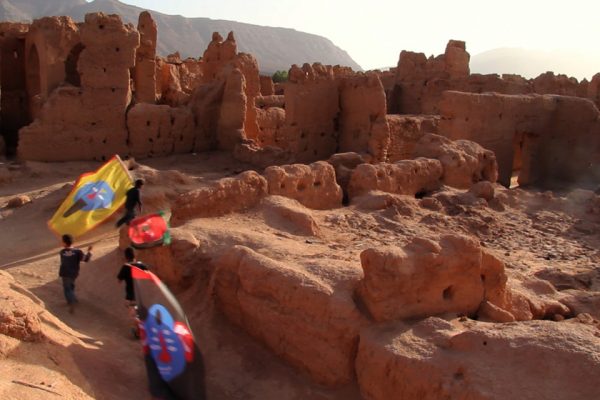 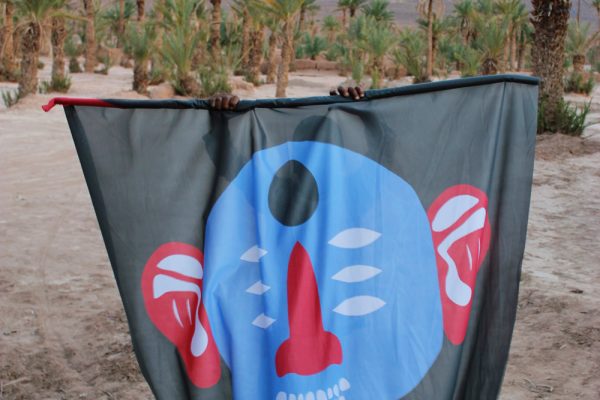 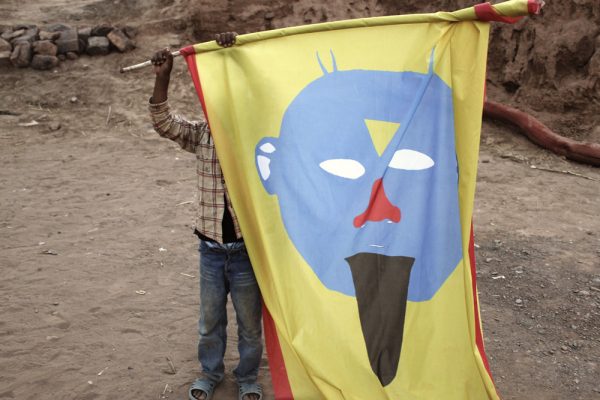 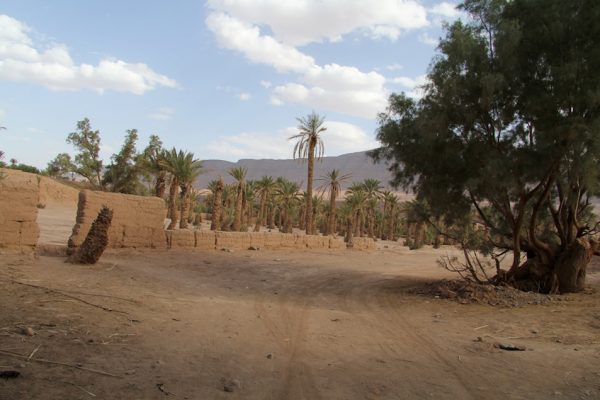 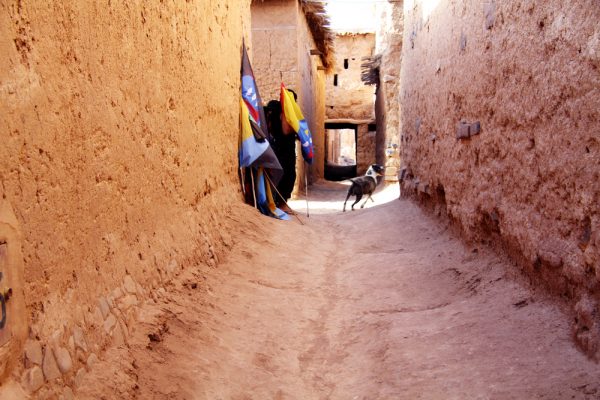 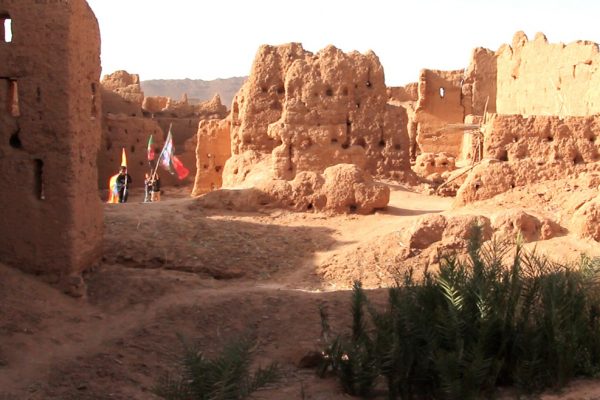 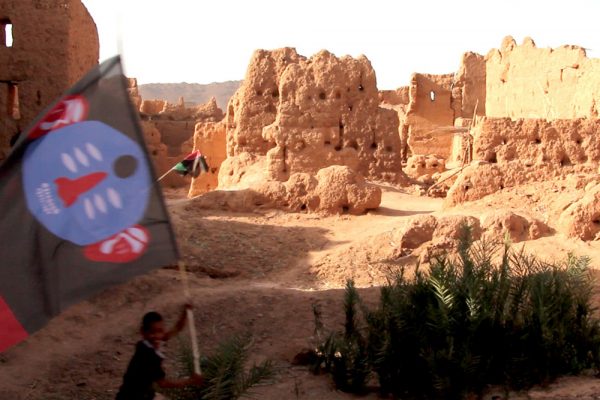 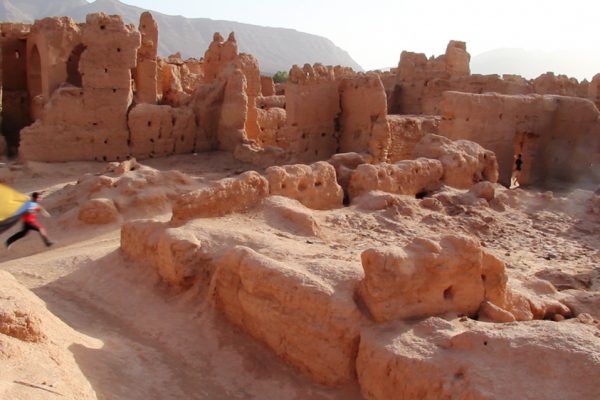 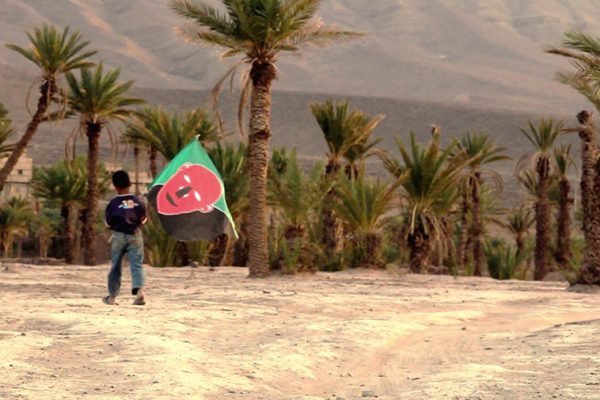 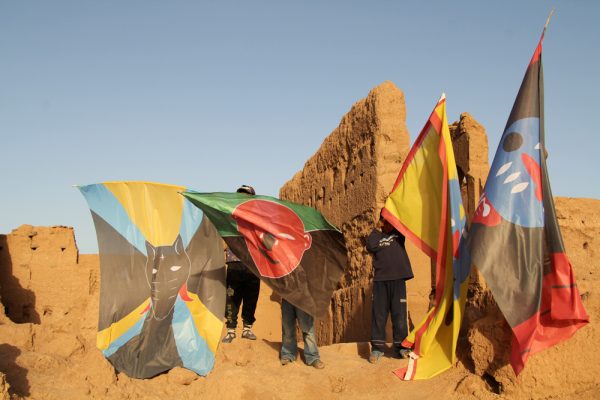 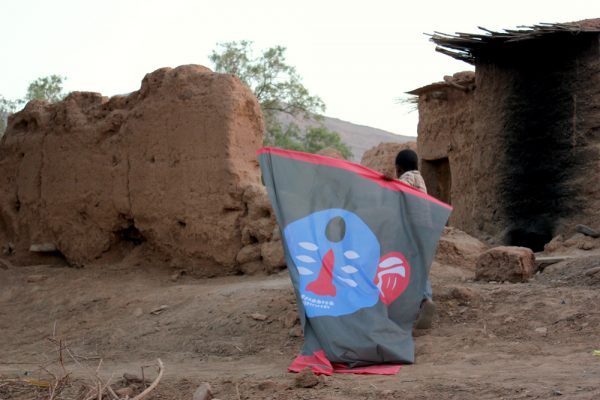 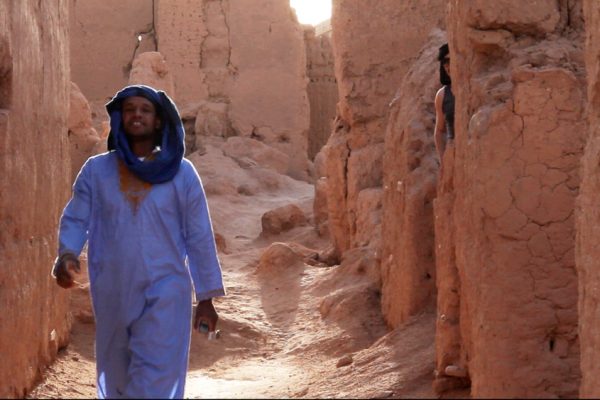