ONE AND ONLY – border IT/AU – Walking prj Italy 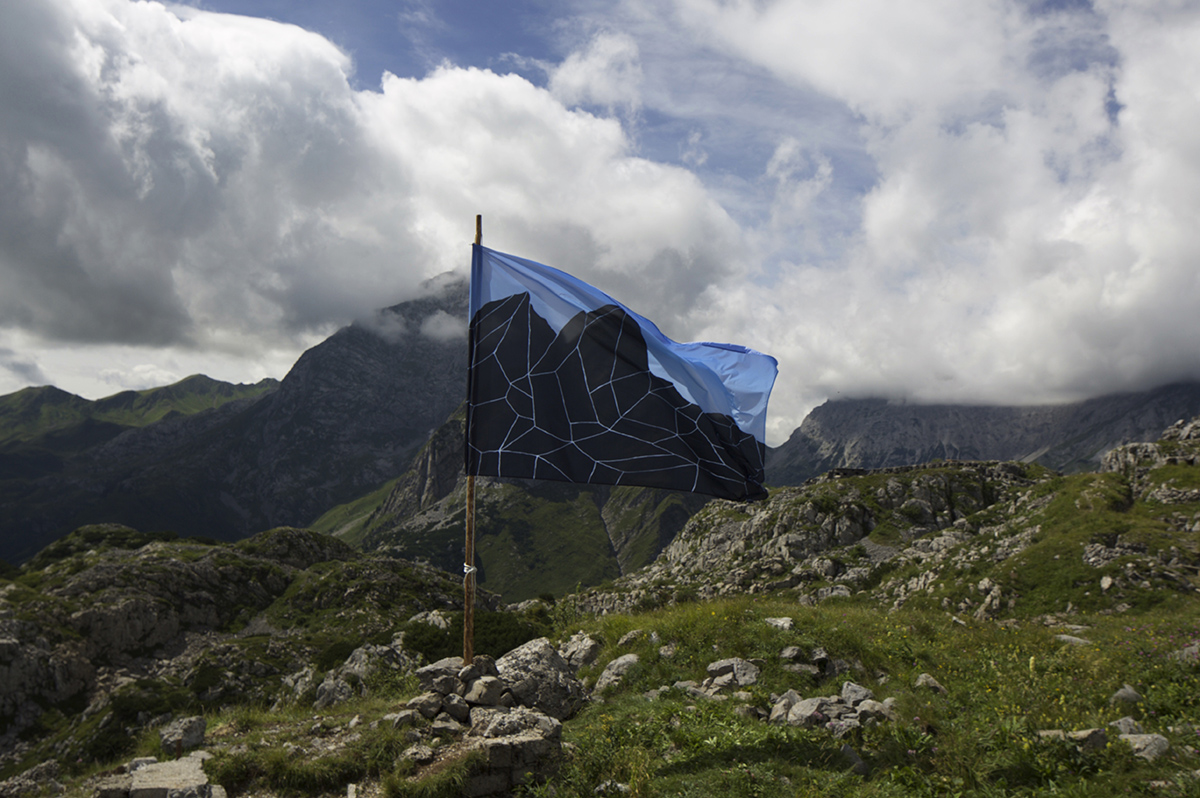 One and only – (Unica e Indivisibile )
Italy-Austria Border
by Andreco
for Walking. Arte in Cammino.
Audio by Vittorio Giampietro
The installation last from August 6th to October 6th 2016

“One and only – a flag for the landscape. An artwork for the Walking- arte in cammino project.
Between the Austrian outpost and the Italian trenches, this twenty meters large strip is no man’s land. 7000 men lost their lives on this mountain during the great war trying to conquer the top. Friends, colleagues and acquaintances found themselves on the opposite side of the trenches on the same mountain to shoot each other. Yesterday and today borders breed death. Trespass borders, climb the tops, get lost in the landscape and then disappear.” (from an Andreco’s speech)

Keywords: One And Only – unica e indivisibile – An anti-flag for The landscape. Flag on no mans land – A mountain can not be divided by nations – WWI – natural boundaries vs political border. Project for Walking. Arte in cammino #palpiccolo in between borders

The “One and Only” installation is composed of three flags depicting three different images of stylized mountaintops, reinvented and re-drawn by the artist. Two of these flags can be seen on the trail: the first one is hoisted on the flagpole standing on the Italian/Austrian border; the other one is raised upon the mountaintop between the Italian and Austrian trenchlines, in no man’s land. Due to the fact that the border ran through the Pal Piccolo dividing its small surface between Italy and Austria, their respective trenchlines used to be very close. The state of war between these two peoples did not match the reality of their relationship, which used to be friendly and based on business and personal exchanges. The war fought in the trenches at the top of the mountain was a war between neighbors and friends. Under a geomorphological point of view the mountain is the upper part of Earth’s crust but at the same time, when crossed by state borders, it becomes also an obstacle to movement: during the Great War the natural border of Pal Piccolo became a political limit and a battlefield.
Andreco produced for the Pal Piccolo mountain three flags which represent, in the artist’s words, “a mountain that is one and only,” symbolically obliterating the borders.

To depict this idea, and following an established method, the artist synthesized shapes from natural data into an abstract, partially recognizable image. This way the installation is a dedication to the Pal Piccolo, celebrated trough a landscape flag formed by a succession of real-life mountaintops, but also an invitation to meditate upon an idea of unity rather than one of separation as suggested by the landmarks designed to hoist the flags.
Besides, this work testifies the artist’s interest to investigate borderlands. The “one and only” installation for the northeastern border of Italy is ideally connected to the “parade for landscape” project, a performance for the southeastern border realized in Santa Maria di Leuca (puglia).
The artist placed the third landscape flag on top of the Reythembergher tower, along with a mosaic on display on the inside created as a cooperation with Musivaria, to create a visual connection between the different locations involved in the project.
Michela Lupieri and Giuseppe Favi curators of the project Walking. Arte in Cammino 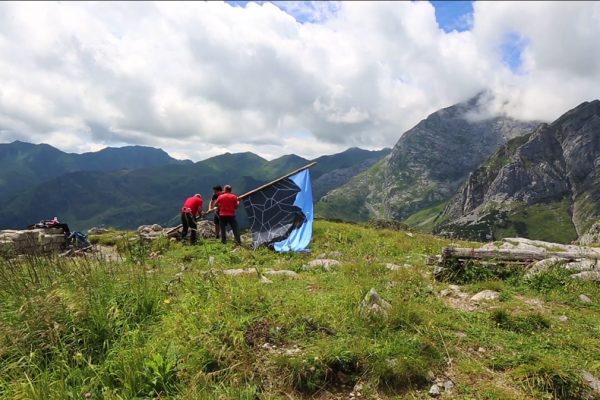 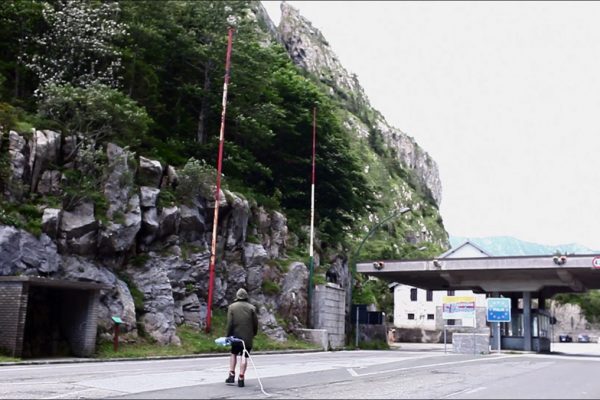 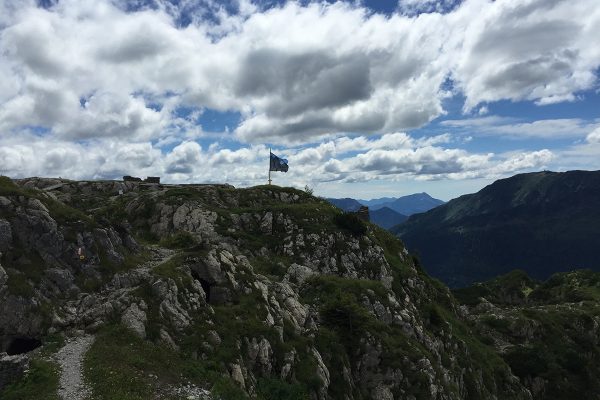 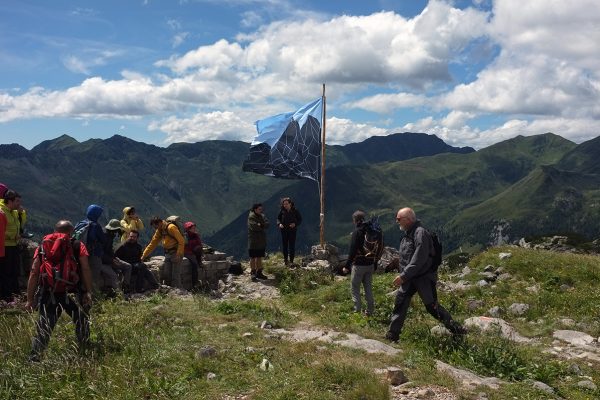 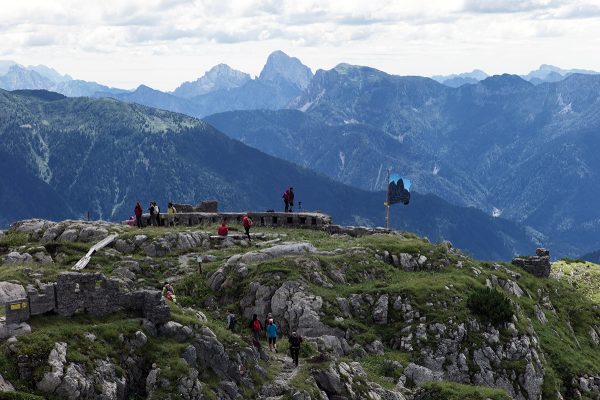 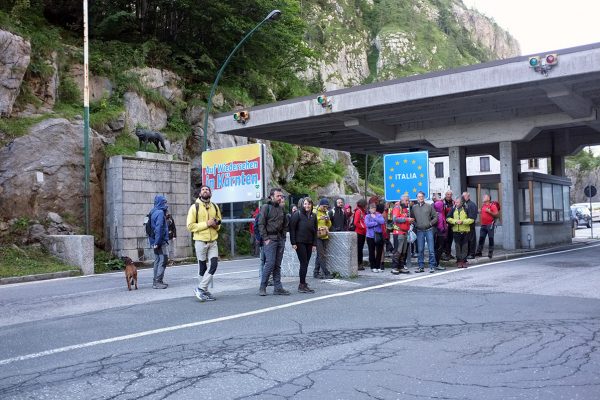 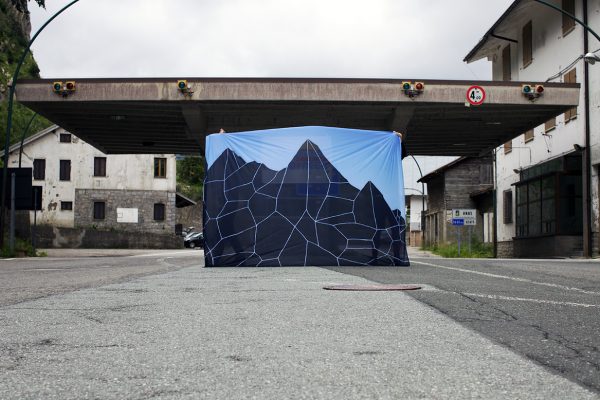 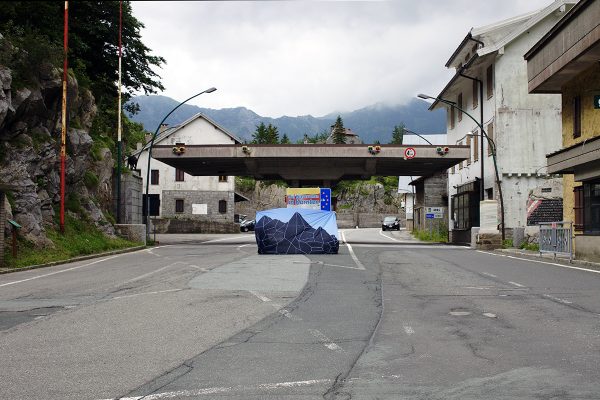 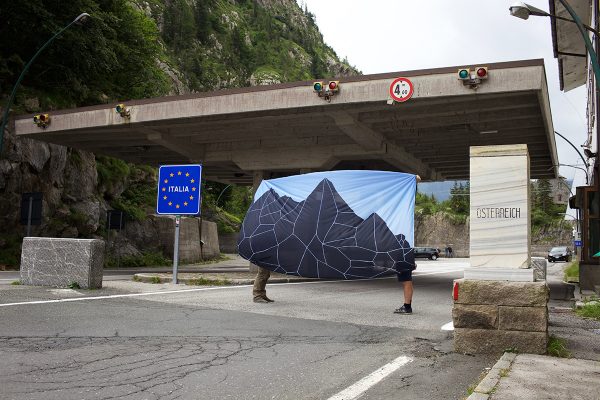